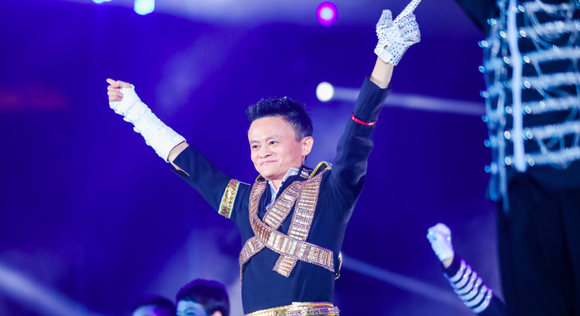 Alibaba (NYSE: BABA) has reported over 50% revenue growth in the past eight quarters. The Chinese e-commerce giant just won’t stop growing, and investors are taking notice. Alibaba’s stock has gone up about 122% in the past two years, including a 63% climb in just the past year to a still relatively cheap $196.61.

But despite the run-up, Alibaba still has plenty more room to run. For the upcoming fiscal year, the company is guiding for another impressive year of revenue growth of 60%. And while Alibaba still relies on its e-commerce platforms for the bulk of its revenue, its other projects are showing healthy growth and will contribute more and more in the coming years.

Alibaba’s revenue growth has been the highlight of the past two years, with each of the eight quarters showing over 50% growth.

Its annual revenue gives a better picture of how the company’s growth has really taken off in the past two years. For the past four fiscal years ended in March, Alibaba has reported revenue growth of 45%, 33%, 56%, and 58%, respectively. As you can see in the chart below, that means Alibaba’s revenue has more than doubled since 2015 from $19.5 billion to $40 billion.

And Alibaba is expecting revenue growth to continue this exciting trend with 60% growth for fiscal 2019. If you were to exclude the consolidation of food delivery platform Ele.me and logistics network Cainiao, revenue growth is still expected to be over 50%.

Alibaba executive chairman Jack Ma believes he can help save brick-and-mortar stores by giving them a “New Retail” makeover that combines the best of offline and online shopping. This is important for Alibaba’s growth because e-commerce still only accounts for 20% of shopping in China, while offline accounts for the other 80%, according to eMarketer. So Alibaba needed a way to gain access to those brick-and-mortar sales it had been missing out on.

By helping physical stores move online, Alibaba is attempting to digitize all of China’s retail market, Alibaba executive vice chairman Joe Tsai said on the latest earnings call. If the project continues as planned, Alibaba’s total addressable market (TAM) will one day be all of China’s $5 trillion retail market, according to Tsai. This presents a huge growth opportunity for Alibaba to expand its TAM.

3. Alibaba’s international growth is heating up

Another area that holds huge growth potential for Alibaba is international markets. For the past fiscal year ended in March, Alibaba’s international commerce retail revenue shot up 94% year over year to $2.3 billion.

Alibaba is using its Lazada business to aggressively pursue the Southeast Asia e-commerce market. In the past quarter, Alibaba announced that it would invest $2 billion in the business, bringing its total investment into Lazada to about $4 billion. And Alibaba’s other main international business, Tmall Global, is the top cross-border e-commerce platform in China, according to Analysys.

4. Alibaba still has plenty of room to run in China

With a population of 1.4 billion people who are still gradually moving to online shopping, China still holds big potential for Alibaba. Last year, China as a whole saw an increase of 32.3% in online sales to $1.1 billion, according to the China Ministry of Commerce. And Alibaba’s Tmall platform that operates in China already claims 51.3% of all those online sales in China, according to eMarketer.

But with New Retail, Alibaba stands to benefit even more from China’s retail economy. The country’s total retail sales are expected to grow 10% annually to reach $7.2 trillion by 2020, according to the Ministry of Commerce. If Alibaba believes that whole market — both online and offline — can become its TAM, then that’s a lot of growth potential in the near future.

5. Alibaba’s cloud segment is on fire

Alibaba’s cloud segment has shown year-over-year revenue growth of over 100% in 10 of the past 12 quarters. For the year ended this past March, Alibaba Cloud’s revenue was up 101% to $2.1 billion.

Alibaba is currently the IaaS market leader in China, claiming 47.6% market share, but it’s also expanding internationally. This past quarter, Alibaba added a cloud data center in Indonesia, which brought its global cloud-computing presence to a total of 18 countries and regions.

The company has plenty of room to run here as well. Alibaba Cloud is the No. 3 worldwide IaaS provider but has just 3% of the market, compared to Amazon‘s (NASDAQ: AMZN) 44.2% and Microsoft‘s (NASDAQ: MSFT) 7.1%, according to Gartner estimates. But Alibaba Cloud is crushing both companies in revenue growth, which is a good indication that it’s working on taking away market share from these two leaders.