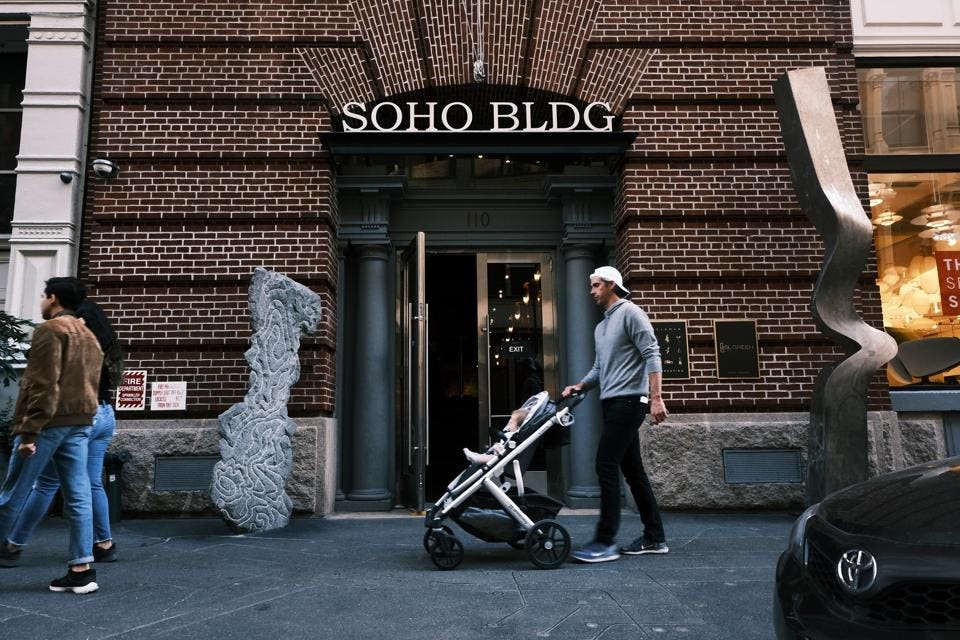 The buying pressure in housing markets is setting records.  Although home sales fell slightly in May compared to April, houses aren’t sitting very long on the market.  According to the National Association of Realtors, total housing inventory is down 20.6% from a year ago.  Properties only last on the market for an average of 17 days, and 89% of sales in May “were on the market for less than a month.”

Given this high demand, we’d expect supply to respond.  Ronnie Walker at Goldman Sachs notes housing starts are rising, hitting their highest levels since 2006.  But it isn’t cooling the market off.  But Walker says despite these higher starts, “red-hot demand has brought the supply of homes available for sale down to the lowest level since the 1970s.”

Walker expects a “persistent supply-demand imbalance in the years ahead.”  New construction will come online, and more sellers eventually will enter the market, but his model foresees “home prices grow(ing) at double digit rates both this year and next.”

Tight future markets are confirmed by Harvard’s Joint Center for Housing Studies (JCHS).  In their 2021 report, these experts say “the supply of existing homes for sale has never been tighter,” and is at its lowest level since 1982.

So where are the houses?  What happened to supply and demand?  JCHS notes several reasons for underproduction, but the primary blame goes to restrictive local policies such as single-family zoning, minimum lot sizes, parking requirements, etc.  A 2018 survey of over 2700 communities found “93 percent imposed minimum lot sizes” with 67 percent requiring lots of at least one acre in size and sometimes more, many in suburban towns.

What about big cities?  Despite perceptions that there’s a lot of development in many cities, not much housing has been built in some.  Between 2010 and 2018, jobs in New York City increased by 22% “while the housing stock only increased four percent.”  Jobs in San Francisco and San Mateo counties rose by over 30% between 2010 and 2019, while new housing permits only rose by 7%.

There are strong political biases in these cities against more construction, but other liberal places are re-examining their housing policies, especially single-family zoning.  A New York Times 2019 analysis confirmed that many cities’ land area is dominated by single-family zoning —70% in Minneapolis, 75% in Los Angeles, 79% in Chicago, 81% in Seattle, and 94% in San Jose.  Combined with excessive parking requirements, zoning policy effectively takes land out of production while pushing its price sky-high and preventing multifamily options.

In New York City, the left Sunrise Movement has joined with many other groups to oppose “upzoning” for higher density and more development in Manhattan’s Soho neighborhood, one of the wealthiest in the nation.  In contrast, Berkeley California, one of the most liberal cities in the nation, has voted to end single family zoning, persuaded by the argument that such policies result in racially segregated neighborhoods and lack of affordable housing for people of color.

But it isn’t just liberal cities that face this problem.  Even though red states like North Dakota, Utah, and Texas lead the nation in home building, a recent study found that only four of America’s 25 largest metropolitan areas “built enough homes to match local job growth.”  And much of that growth was in outlying suburbs, adding to sprawl and pollution.

Urban economist Ed Glaeser locates a good deal of the problem in the rising power of local citizen groups, especially existing homeowners.  Their housing investments often rise in value with scarcity, and they usually like the existing neighborhoods where they reside and don’t want new residents.

This creates an “insider/outsider” problem that limits housing. As Glaeser notes, current homeowners don’t “internalize the interests of those who live elsewhere and would want to come to the city…their political actions are more likely to exclude than to embrace.”  These anti-housing groups often are labelled “NIMBYs”, for “Not In My Back Yard.”

In response, so-called “YIMBYs” (Yes In My Back Yard) are pushing for policies such as relaxed zoning, allowing multi-family housing (at least duplexes to quadplexes) on single family lots, and allowing denser housing near mass transit stops (“TOD”, for “Transit Oriented Development.”).  They are having some success, but anti-development forces are deeply entrenched and politically powerful in many places around the country.

But would more development create not just housing, but add to affordable housing?  What about the impact on low-income and non-white families, who could face rising rents or displacement from gentrification while still not being able to buy a house?  In my next blog, we’ll look at the tangled racial history of housing development and home ownership. Unless renters and lower-income people can be mobilized to support development, NIMBY opposition to more housing will be hard to overcome.

I’m an economist at the New School’s Schwartz Center (https://www.economicpolicyresearch.org), currently writing a book for Columbia University Press on cities and inequality.  I have extensive public sector experience studying cities and states.  I’ve served as Executive Director of the Congressional Joint Economic Committee, Assistant Secretary of Labor for Policy, Deputy Commissioner for Policy and Research at New York State’s Department of Economic Development, and New York City Deputy Comptroller for Policy and Management.  I also worked as Director of Impact Assessment at the Ford Foundation.

The United States housing bubble was a real estate bubble affecting over half of the U.S. states. It was the impetus for the subprime mortgage crisis. Housing prices peaked in early 2006, started to decline in 2006 and 2007, and reached new lows in 2012. On December 30, 2008, the Case–Shiller home price index reported its largest price drop in its history. The credit crisis resulting from the bursting of the housing bubble is an important cause of the Great Recession in the United States.

Increased foreclosure rates in 2006–2007 among U.S. homeowners led to a crisis in August 2008 for the subprime, Alt-A, collateralized debt obligation (CDO), mortgage, credit, hedge fund, and foreign bank markets. In October 2007, the U.S. Secretary of the Treasury called the bursting housing bubble “the most significant risk to our economy”.

Any collapse of the U.S. housing bubble has a direct impact not only on home valuations, but mortgage markets, home builders, real estate, home supply retail outlets, Wall Street hedge funds held by large institutional investors, and foreign banks, increasing the risk of a nationwide recession. Concerns about the impact of the collapsing housing and credit markets on the larger U.S. economy caused President George W. Bush and the Chairman of the Federal Reserve Ben Bernanke to announce a limited bailout of the U.S. housing market for homeowners who were unable to pay their mortgage debts.

In 2008 alone, the United States government allocated over $900 billion to special loans and rescues related to the U.S. housing bubble. This was shared between the public sector and the private sector. Because of the large market share of Federal National Mortgage Association (Fannie Mae) and the Federal Home Loan Mortgage Corporation (Freddie Mac) (both of which are government-sponsored enterprises) as well as the Federal Housing Administration, they received a substantial share of government support, even though their mortgages were more conservatively underwritten and actually performed better than those of the private sector.