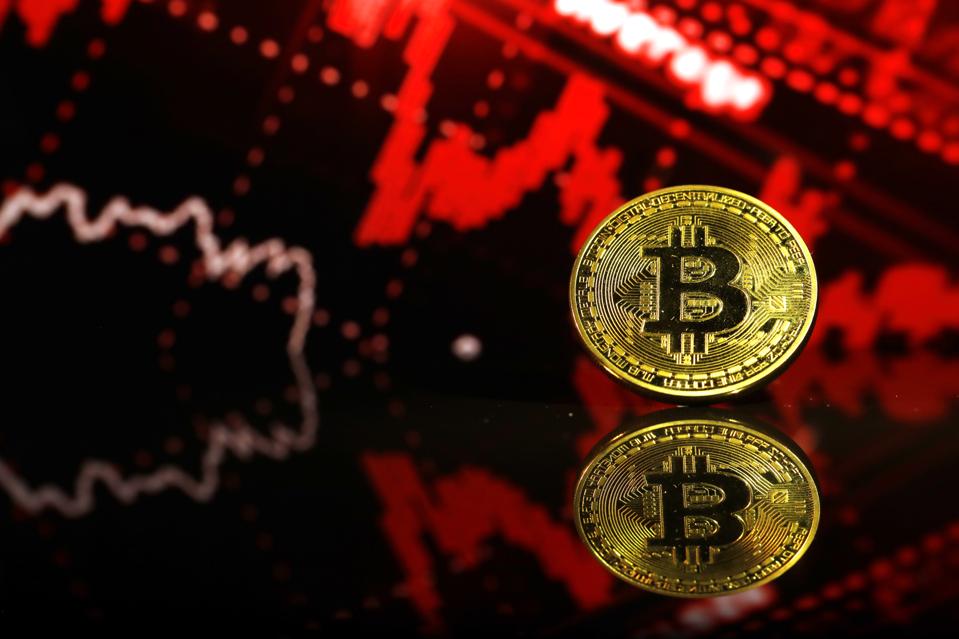 Bitcoin, which has been swinging wildly over recent weeks, has crashed under $8,000—suddenly losing almost $1,000 per bitcoin in a matter of minutes last night.

The bitcoin price, down around 8% over the last 24 hour trading period, is still up around double where it began this year after a terrible 2018 that saw many of the world’s biggest cryptocurrencies including bitcoin lose around 80% of their value.

It’s been suggested the latest sudden bitcoin sell-off, which sent the wider cryptocurrency market sharply lower, was caused by a so-called bitcoin whale selling a large amount of bitcoin then buying it back after the market has dropped due to the influx of supply—potentially earning millions of dollars in the process.

“If you do a little math and follow the timeline, it’s not hard to see that someone dumped 25,000 bitcoin for $215 million and bought it back shortly after for $200 million,” wrote Reddit user u/makoveli in a post to popular cryptocurrency forum r/cryptocurrency. “In doing so, they pocketed $15 million and walked away with the same amount of bitcoin as they started with.”

Bitcoin, despite being the most widely traded cryptocurrency with trading volume into the billions of dollars every day, still struggles with wild price swings due to large holders moving significant volumes of bitcoin.

The bitcoin price has risen and fallen sharply multiple times over recent weeks.

Following the sharp bitcoin price plunge, other major cryptocurrencies including ethereum, Ripple’s XRP, litecoin, EOS, and bitcoin cash all fell with EOS leading the field lower, down over 10% on yesterday’s price, according to CoinMarketCap data.

Bitcoin SV, a variant of bitcoin cash, itself a fork of bitcoin, was the only top 10 cryptocurrency largely unaffected by the sudden sell-off—something that will likely further speculation the controversial token suffers from low liquidity and high price manipulation.

Source: Bitcoin Plunged Below $8,000–Did This Cause The Sudden Price Drop?