Stephen Rose wouldn’t shut up about peaches. Specifically, the 32-year-old native of Fort Valley, Georgia, was stunned to find that nobody around him knew how a real Georgia peach, fresh off the tree, tasted. Not his neighbors in Nashville, just 300 miles northwest of his childhood home. Certainly not his Seattle-born wife, Jessica, who was growing tired of hearing about it.

Until, that is, the couple visited Stephen’s family in July 2011. Jessica’s first “real” peach experience was tart. Sweet. Just the right amount of messy. Summer incarnate.

It changed her life. Both their lives, actually: The revelation that out-of-staters like Jessica could be so easily evangelized prompted the couple to launch The Peach Truck in 2012. Georgia’s highest-quality peaches start to rot just days after they’re picked, and the fruits in grocery stores are usually bred for longevity, not taste. The company’s mission: Drive “real” peaches to deprived souls across the rest of the country.

The couple started out part-time. Year one featured 32 boxes of fruit donated by a family friend from a farm in Georgia’s aptly named Peach County; a ’64 Jeep; and $30,000 in revenue from a 12-week selling season. That was enough to convince the Roses to go all-in. Jessica shuttered her independent house-cleaning venture. Stephen quit doing sales for radio personality Dave Ramsey.

Seven years later, The Peach Truck is an eight-state logistics operation that sold roughly five million pounds of Georgia peaches in 2019 (the last day of sales, dictated by the growing season, was August 10). The company projects that will be more than any other U.S. vendor, including Whole Foods. Its extremely photogenic Instagram account boasts more than 85,000 followers. And the business is completely bootstrapped. The Roses have never sought or accepted external funding.

The company, with seven full-time employees and 65 to 85 seasonal workers, earned $7 million in 2018 revenue. The Roses expect 2019 sales will be 50 percent higher. And that growth should continue now that the founders have solved a tricky riddle: how to turn a high-risk seasonal venture into a year-round moneymaker.

The race against rot.

Georgia peaches really are different, their flavor more intense and their shelf life shorter than that of grocery store rivals. Most come from just five farms in Peach County, Stephen says. Off the trees, they last roughly three days.

That makes The Peach Truck’s mission difficult. Jessica, who runs operations, recalls waking at 4:30 a.m. each day during their first full-time year to wipe rotten, fly-infested fruit pulp off the warehouse floor. “When we first started and talked to people in the peach business, they literally laughed at us,” Jessica says. “They were right to laugh. It was a lot of work, and it still is.”

The couple landed on a three-pronged strategy. In summer, the Peach Truck sells produce daily at 50 locations around Nashville, where it is based. It also embarks on a 12-week, eight-state peach-selling tour that traverses Tennessee, Kentucky, Ohio, Indiana, Pennsylvania, Michigan, Texas, and Florida. And it ships small boxes of peaches across most of the country. (The company is unable to ship to Hawaii or Alaska for logistical reasons, or to California or Arizona because of state environmental regulations.)

Consumers who encounter the business during the tour can buy a 25-pound box of fruit–roughly 50 peaches–for $42. In Nashville, they also have the option of a three-pound bag for $8. Online, there’s a significant up-charge due to shipping expenses. That same $42 will get you just 13 peaches.

Data is critical to managing this short-lived product. The Roses communicate constantly with Georgia peach farms to learn how many peaches are picked each morning and how many fresh bins are available for sale, so they can control inventory and prevent fruit waste. They also analyze their audience. Stephen estimates that 95 percent of The Peach Truck’s customers come from outside Georgia, and the majority prefers in-person to online sales.

Transporting the peaches across country before they rot is, predictably, the company’s greatest challenge. The Roses hire truckers to handle the bulk of the trip. For the last mile the fruity cargo is handed off to Peach Truck employees operating locally rented vehicles. But the trucking industry is awash in regulations, including a new law mandating electronic logging of hours that has caused many drivers to quit. That’s made it harder to line up quality freight service. And drivers aren’t necessarily sympathetic to The Peach Truck’s need for speedy deliveries.

“It’s multiple trucks, all over the country, every day, getting to the right cold-storage unit for our local trucks to pick it up,” Stephen says. “Just a wild, wild nightmare. But it’s what makes all the difference.”

From disaster to discovery.

Attention to audience and data has become even more important in recent years, as climate change produces increasingly unpredictable harvests. The 2017 peach crop, for example, was a disaster: 85 percent was lost before the season even began.

It was a tough year for The Peach Truck. The Roses kept prices mostly stable, forgoing profit margin to keep customers happy. But Stephen, who runs the company’s marketing, learned an important lesson from that bad time: namely, that scarcity can be an effective brand-building tool. His stress over the poor harvest came through in all the company’s external communications, from email newsletters to online ads; and the personal note struck a chord with customers. So did his warnings about how rare peaches would be. “I’m not joking when I send these emails, that I’m not sleeping because [the weather is] legitimately a threat,” says Stephen. That summer, The Peach Truck sold out its entire inventory.

An effective level of tension is easy to maintain: Will there be peaches? Won’t there be? “We don’t have to create scarcity,” says Stephen. “We have 12 weeks of business every year.”

And the company’s peach-loving customers make the most of that brief season. Stephanie Jernigan, a school librarian in Lebanon, Tennessee, discovered The Peach Truck six years ago on Facebook. She buys the three-pound bags weekly. Katie Baltas, an assistant principal at Cleveland Metropolitan School District, stumbled across the peaches at a Nashville farmer’s market in the summer of 2013. Now she partners with friends to buy 25-pound boxes each time the tour sweeps through Cleveland and orders the 13-peach box for her mother every Mother’s Day. “I honestly don’t buy peaches at the store,” Baltas says. “I just wait until summer, and I get my peaches, and that’s it. You’re just so disappointed when you eat a different peach.”

That kind of loyalty–and the closer connection with customers forged during the harrowing summer of 2017–made the Roses think: Could they do more than 12 weeks of annual business? Since the peaches themselves were un-tweakable, they set about developing a line of fruit-adjacent products including peach jams, Georgia pecans, apparel, tote bags, peach cobbler mix, and most recently, a cookbook that quickly became a Wall Street Journal bestseller. None have three-day shelf lives. “We’re in the process of training our customers not to just think of us in the summertime,” says Stephen.

The Peach Truck unveiled those offerings this year, and early signs are positive. E-commerce, which includes the new products, is projected to top local Nashville peach sales for the first time.

But both those channels pale compared to the eight-state peach tour. And that scares the Roses. If a crop disaster like 2017’s happened again–and it easily could–the tour would be most affected. They also worry about the slow decline of Facebook as an advertising platform, since Facebook ads created much of The Peach Truck’s early traction.

Fortunately, as the company grows, the Roses are finding it somewhat less difficult to distribute fresh fruits across the country. And they trust, so long as Georgia’s soil and sun continue to ensure the highest quality, that devoted customers will stick with The Peach Truck no matter what. “It’s a logistical nightmare,” Stephen says. “But we felt like if people could taste what a peach should taste like, it’s a game-changer, and they won’t go back.”

Source: This Fruit Company Sells Out Each Summer in 12 Crazy Weeks. Inside the Logistical Madness of The Peach Truck

Coming off a couple of challenging years due to late freezes, peach growers around Georgia are in need of a good 2019 harvest. Damon Jones tells you how this year’s crop is looking and what kind of quality consumers can expect to see.

Nutrition / Diet Tomatoes: Health Benefits, Facts, Research Written by Megan Ware RDN LD Knowledge center Last updated: Tue 2 February 2016 email 41408Share3 Whether you refer to a tomato as a fruit or a vegetable, there is no doubt that a tomato is a nutrient-dense, super-food that most people should be eating more of. […]

via Tomatoes the source of strong antioxidants — Dietaware

According to the post: “Fully ripe bananas with brown patches on their skin produce a substance called tumor necrosis factor, which can eliminate abnormal cells. The darker the patches, the higher the banana’s ability to boost your immunity and lower the risk of cancer”. It was posted with the encouragement: “Share with the people you care about”. Some posts are helpful, such as those warning home renovators to check for asbestos. But there’s also a mountain of posts about a wide and weird range of things that allegedly cause cancer…… 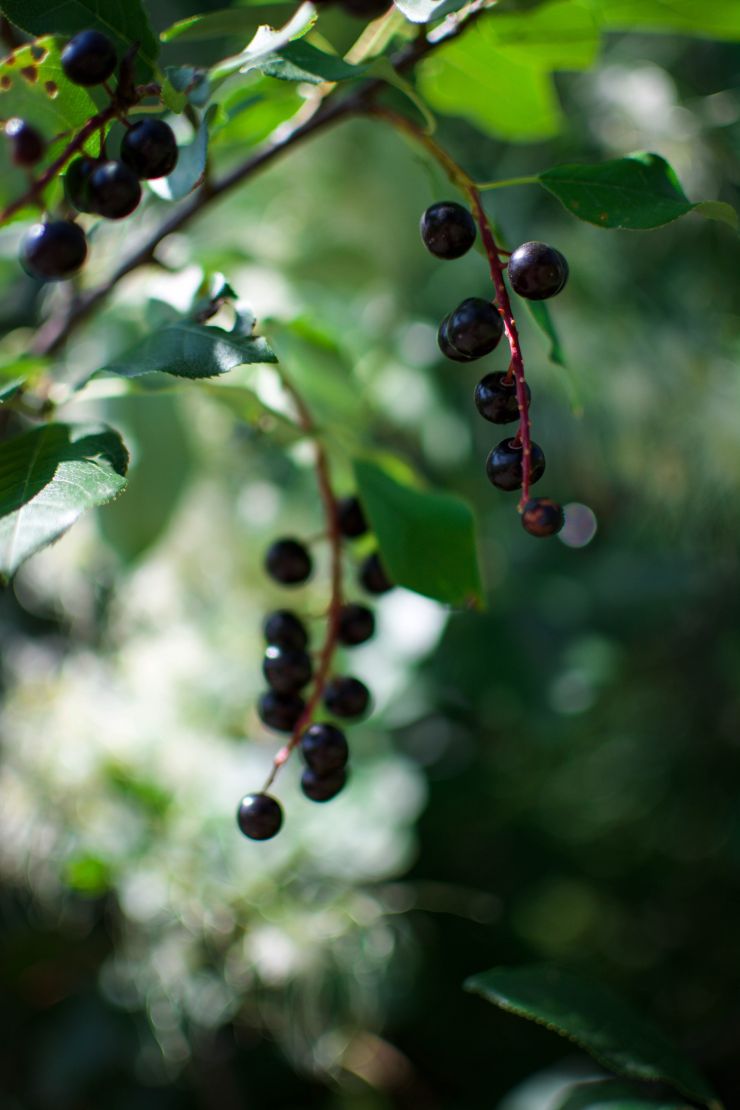 Montana-based blogger Kristin shows how a single post can be more than one thing — in this case, a lovely musing on seasonal change, a collection of gorgeous photography, and a vegan cheesecake recipe.

via The Old Chokecherry Tree (and Raw Apricot Cheesecake) — Discover