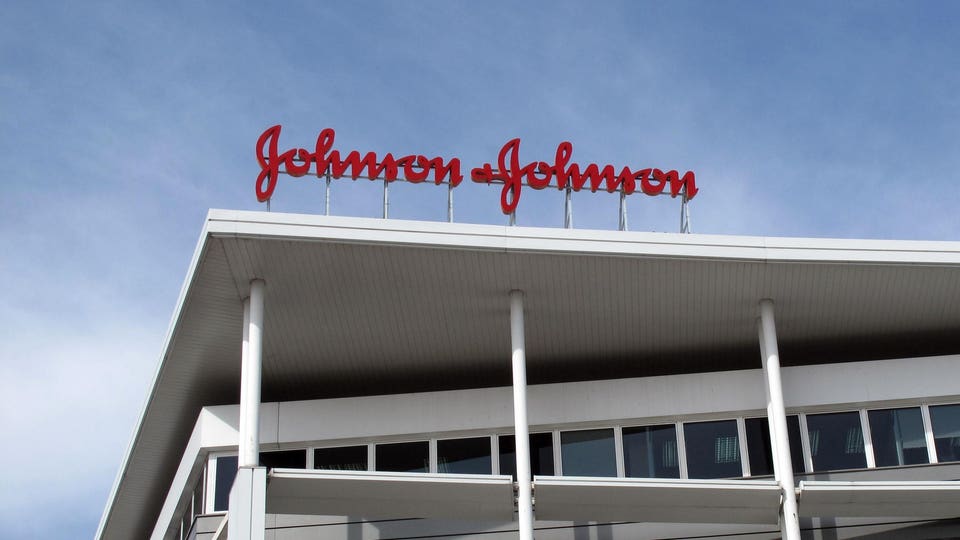 Johnson & Johnson will pay as much as $230 million to settle a lawsuit from New York state over its sale and marketing of opioid painkillers, New York Attorney General Letitia James announced Saturday, as state and local governments move to extract money from the pharmaceutical companies that developed the drugs to help combat an epidemic of addiction to them.

The settlement will remove Johnson & Johnson from a trial in a lawsuit brought by James against multiple pharmaceutical companies that’s set to start on Long Island next week.

Johnson & Johnson will pay as much as $230 million into a state-operated settlement fund to underwrite addiction recovery services, overdose prevention, training for healthcare providers and other opioid-related purposes.

James said Johnson & Johnson has agreed to stop selling opioids in the United States, but the company says it stopped selling prescription painkillers in the U.S. last year.

The settlement does not require Johnson & Johnson to admit any wrongdoing or liability, and the company called its marketing of painkillers “appropriate and responsible” in a Saturday morning statement.

“While no amount of money will ever compensate for the thousands who lost their lives or became addicted to opioids across our state or provide solace to the countless families torn apart by this crisis, these funds will be used to prevent any future devastation, James said in a statement.

James sued Johnson & Johnson along with several other drugmakers in 2019, accusing the New Jersey-based pharmaceutical company of aggressively marketing its opioid painkillers to doctors and inaccurately downplaying the risk of addiction. The lawsuit tied the company to a nationwide opioid abuse epidemic fueled largely by the overuse of powerful, addictive prescription drugs. Several other state and local officials have weighed action against Johnson & Johnson, and the company said last year it’s open to paying $5 billion in settlements.

When James’ court case against drugmakers starts next week, it will not include the suit’s best-known target: Oxycontin manufacturer Purdue Pharma. Saddled with a federal criminal probe and hundreds of lawsuits, Purdue is navigating bankruptcy proceedings, and the company and members of the Sackler family — the company’s billionaire owners — are offering to pay billions of dollars in settlements and restructure Purdue as a public benefit company. This plan is controversial, with some politicians and advocates pushing back on a provision to make the Sackler family personally immune from future lawsuits.

I am a breaking news reporter at Forbes. I previously covered local news for the Boston Guardian, and I graduated from Tufts University in 2019. You can contact me at jwalsh@forbes.com.

The opioid epidemic, also referred to as the opioid crisis, is the phrase used to describe the overuse, misuse/abuse, and overdose deaths attributed either in part or in whole to the class of drugs opiates/opioids, and the significant medical, social, psychological, and economic consequences of both the medical and the non-medical or recreational use of these medications.

Opioids are a diverse class of moderate to strong painkillers, including oxycodone (commonly sold under the trade names OxyContin and Percocet), hydrocodone (Vicodin, Norco) and a very strong painkiller, fentanyl, which is synthesized to resemble other opiates such as opium-derived morphine and heroin. The potency and availability of these substances, despite the potential risk of addiction and overdose, have made them popular both as medical treatments and as recreational drugs.

Due to their sedative effects on the part of the brain which regulates breathing, the respiratory center of the medulla oblongata, opioids in high doses present the potential for respiratory depression and may cause respiratory failure and death. Opioids are highly effective for treating acute pain, but a debate rages over whether they are effective in treating chronic (long term) or high impact intractable pain, as the risks may outweigh the benefits.

Most deaths worldwide from opioids and prescription drugs are from sexually transmitted infections passed through shared needles – citation needed. This has led to a global initiative of needle exchange programs and research into the varying needle types carrying STIs. In Europe, prescription opioids account for three‐quarter of overdose deaths, which represent 3.5% of total deaths among 15-39-year-olds.

Some worry that the epidemic could become a worldwide pandemic if not curtailed.Prescription drug abuse among teenagers in Canada, Australia, and Europe were comparable to U.S. teenagers. In Lebanon and Saudi Arabia, and in parts of China, surveys found that one in ten students had used prescription painkillers for non-medical purposes. Similar high rates of non-medical use were found among the young throughout Europe, including Spain and the United Kingdom.

Attorney Earl Gray, who is representing former Minneapolis police officer Thomas Lane, said Thursday in court that it was his client’s fourth shift and J. Alexander Kueng’s third as officers in the field when George Floyd was killed. Gray also said that their training officer was Derek Chauvin, who was caught on video kneeling on Floyd’s neck for almost nine minutes.

Lane, Kueng, and Tou Thao, the three now-former officers seen next to Chauvin in the viral video of Floyd’s death, made their first appearances in Hennepin County District Court earlier today, where a judge set bail for the trio accused of aiding and abetting in Floyd’s death at $750,000 each.

Chauvin, who Gray identified as the senior officer at the scene, saw his own charges upgraded to second-degree murder on Wednesday.

In court, Gray stressed that it was only Lane’s fourth day on the job and said his client only held Floyd’s feet so he couldn’t kick.

“What was my client supposed to do but follow what his training officer said?” Gray reportedly asked in court. Chauvin was also training Kueng.

A Minneapolis city government representative told Forbes that Lane and Kueng were both promoted from recruits to officers on December 10, and received their first unit assignments to the Third Precinct on March 1.

The two officers, who graduated in the same recruit class, were training and had just been assigned to patrol duty days before Floyd’s death.

George Floyd died May 25 while being forcibly restrained by Lane, Kueng and Chauvin. Footage of the incident shows Chauvin kneeling on Floyd’s neck for 8 minutes and 46 seconds, ignoring Floyd’s plea, “I can’t breathe.” All four officers were fired a day after Floyd’s death. Chauvin faces a maximum sentence of 40 years in prison under his murder count and 10 years for manslaughter if convicted, and his fellow defendants face the same potential penalties as aiding and abetting second-degree murder equates to a second-degree murder charge under Minnesota law.

The Sun
All four cops have now been charged over the death of George Floyd with the officer who knelt on him for eight minutes set to face second-degree murder charges. Minnesota’s Attorney General will escalate charges against Derek Chauvin and charge the three other officers with aiding and abetting murder.
Read The Sun: http://www.thesun.co.uk Like The Sun on Facebook: https://www.facebook.com/thesun/ Follow The Sun on Twitter: https://twitter.com/TheSun Subscribe to The Sun on Snapchat: https://www.snapchat.com/discover/The…

New York is now home to the first crypto task force in the United States. Governor Andrew Cuomo of New York State has signed the Digital Currency Study Bill, which creates a digital currency task force to explore the effects of digital currencies on financial markets in the state. The task force, whose members are appointed by the Governor, Senate and Assembly, will submit reports by December 15, 2020. According to the announcement,

Two members of the US House of Representatives have tabled a new bill before the Congress on Thursday to exclude cryptocurrencies from the standard securities laws.

This bipartisan bill called the ‘Token Taxonomy Act’ was presented by Reps. Warren Davidson, R-Ohio and Darren Soto, D-Florida. In September, Rep. Davidson hosted a roundtable in Washington, DC, to discuss the cryptocurrency-related bill and regulatory shortcomings towards the nascent industry. More than 50 participants from the financial industry participated including experts from Fidelity, Nasdaq, State Street, Andreessen Horowitz, and the U.S. Chamber of Commerce.

Rep. Davison, in a statement, said: “In the early days of the internet, Congress passed legislation that provided certainty and resisted the temptation to over-regulate the market. Our intent is to achieve a similar win for America’s economy and for American leadership in this innovative space.”

Singapore’s law enforcement authorities have extended their criminal probe against the Malaysian state investment fund 1Malaysia Development Berhad (1MDB) to include Goldman Sachs, according to a Bloomberg report.

Although the city-state’s authorities have been investigating Goldman Sachs’ involvement with the Malaysian scandal-plagued firm since 2017, now they are focusing on the firm’s local unit. The primary focus of the investigation is to see if Goldman’s Singapore subsidiary was involved in moving around $600 million acquired from the three controversial bond deal sales from 2012 to 2013.
The Scandal Explained

1MDB came under the limelight soon after its establishment in 2009, which was then chaired by the former Malaysian Prime Minister Najib Razak. Leaked financial documents surfaced that huge sums of money were borrowed via government bonds and syphoned into bank accounts in Switzerland, Singapore, and the US.