Sony has paid $250 million to acquire a 1.4% stake in Epic Games, maker of the smash-hit online videogame Fortnite, a few months ahead of the planned launch of the Japanese company’s next-generation video game console, the Playstation 5.

Under the deal, Sony and Epic will broaden their partnership, engaging Sony’s portfolio of technology and entertainment assets and Epic’s growing social entertainment platform and digital ecosystems — like Fortnite’s various virtual events and digital storefront.

Prior to Sony’s investment, Epic had raised a total of $1.58 billion in three previous funding rounds, including investment from Chinese tech major Tencent back in 2012, Venturebeat reported.

The Sony deal is reportedly separate from Epic’s plan to raise $750 million from multiple investors at a valuation of about $17 billion, which Bloomberg reported about in June.

Epic said its video games will continue to continue to be available on platforms that compete with Sony’s Playstation devices, Venturebeat added.

Epic’s Fortnite is one of the world’s most popular multiplayer games, boasting around 78.3 million monthly active users at one point.Epic has been leveraging Fortnite’s popularity by expanding into a social platform, by holding concerts and movie screenings in-game.

In April, nearly 28 million fans gathered to watch a concert by rapper Travis Scott that was held virtually in the game.

3.2 billion. That’s the total number of hours that players spent playing Fortnite in the month of April, Epic tweeted. The total number of registered players for the game rose to 350 million that month as most people were forced to stay indoors due to the coronavirus pandemic.

Sony’s investment comes just months before the planned release of the company’s next-generation console the Playstation 5 which will launch alongside its competitor Microsoft’s Xbox Series X. Apart from Fortnite, Epic builds Unreal Engine, a game development toolset that is used by many other publishers to develop their own games. The company’s upcoming Unreal Engine 5 will be compatible both with Sony and Microsoft’s upcoming devices. It is unclear if Sony’s investment in Epic will render it any advantage on this front.

I am a Breaking News Reporter at Forbes, with a focus on covering important tech policy and business news. Graduated from Columbia University with an MA in Business and Economics Journalism in 2019. Worked as a journalist in New Delhi, India from 2014 to 2018. Have a news tip? DMs are open on Twitter @SiladityaRay.

Whether you’re a bitcoin trader or new to the market, you can buy, sell, and trade cryptocurrency with AUD, USD, and other major currencies. We service clients globally, including Australia, the United States, Singapore, Canada, New Zealand, and Europe 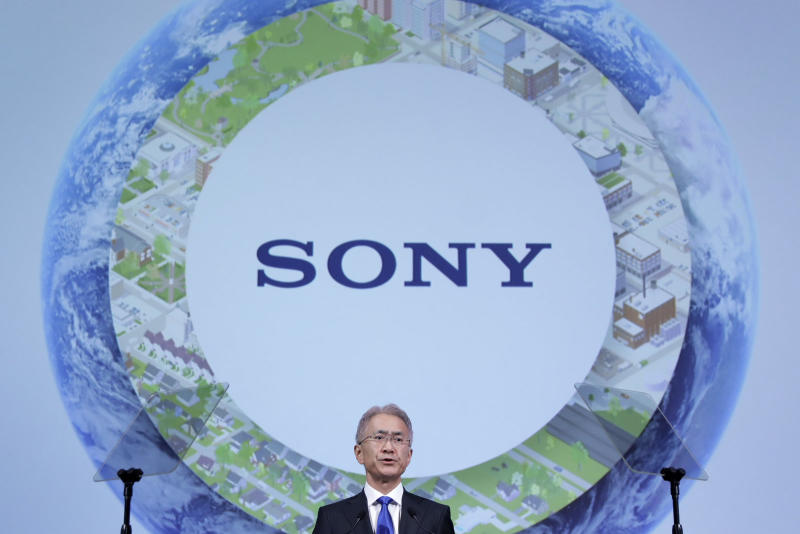 Sony’s turnaround was started by its former chief, Kaz Hirai, who insisted that the business kill off weaker businesses to focus on its strengths. His replacement, Kenichiro Yoshida, has unveiled his own, three-year plan to help continue the work that his predecessor began.

The biggest is likely to be the $9 billion investment in image sensors, an area where Sony is arguably king of the hill. Its hardware is used in pretty much every smartphone worth talking about, and since many now use dual cameras, Sony’s profitability has increased.

The other is that Sony will spend $2.3 billion buying the largest chunk of EMI Music Publishing that it didn’t already own. Once the sale is complete, the Japanese giant will own 90 percent of the publisher, not to mention that it already has its own music publishing arm.

But wait, there’s more, since Sony is also hoping to get people to spend more time with their PlayStations by getting more folks onto PlayStation Plus. In addition, it’ll invest more of its cash into building first-party games and “add-on content,” which we’re taking to mean more DLC.

As for its long-suffering movie studio, Yoshida has said that it will double-down on good-quality screenplays that exploit existing IPs. So expect plenty more side-sequels, remakes, reboots and the such like Jumanji: Welcome to the Jungle, which made nearly a billion dollars at the box office.

Part of that plan also saw Sony invest in the company that owns Charles Schultz’s Peanuts cartoon, so expect lots more Charlie Brown in the future.