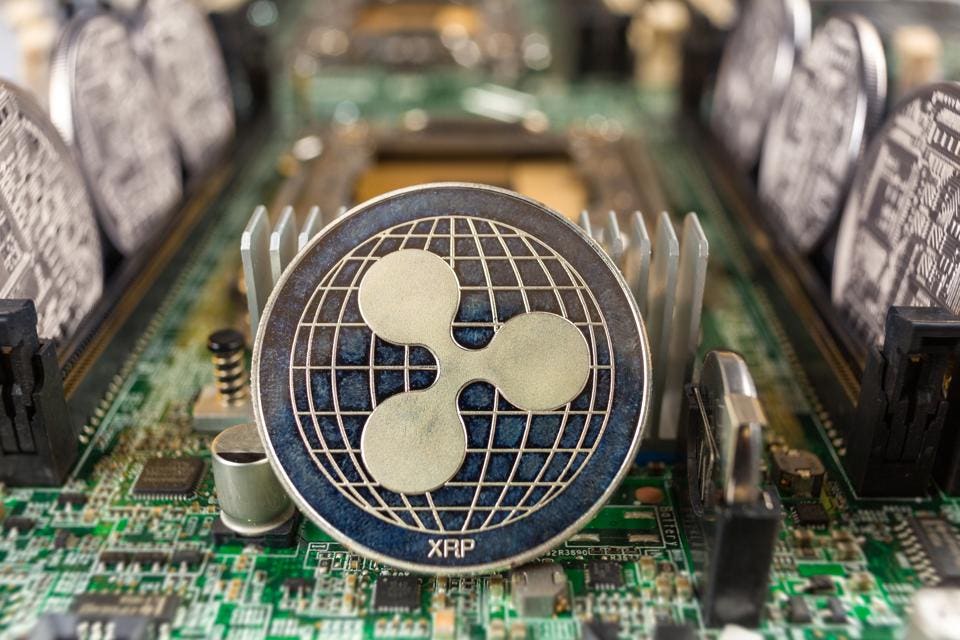 Ireland-based cryptocurrency exchange Bitsane disappeared without a trace last week, likely taking hundreds of thousands of users’ assets with it.

Account holders told Forbes that attempts to withdraw bitcoin, XRP and other cryptocurrencies began failing in May, with Bitsane’s support team writing in emails that withdrawals were “temporarily disabled due to technical reasons.” By June 17, Bitsane’s website was offline and its Twitter and Facebook accounts were deleted. Emails to multiple Bitsane accounts are now returned as undeliverable.

Victims of the scam are comparing notes in a group chat with more than 100 members on the messaging app Telegram and in a similar Facebook group. Most users in the groups claim to have lost up to $5,000, but Forbes spoke with one person in the U.S. who says he had $150,000 worth of XRP and bitcoin stored in Bitsane.

Bitsane’s disappearance is the latest cautionary tale for a cryptocurrency industry trying to shed its reputation as an unsafe asset class. Several exchanges like GateHub and Binance have been breached by hackers this year, but an exchange completely ceasing to exist with no notice or explanation is far more unusual.

Bitsane had 246,000 registered users according to its website as of May 30, the last time its homepage was saved on the Internet Archive’s Wayback Machine. Its daily trading volume was $7 million on March 31, according to CoinMarketCap.

“I was trying to transfer XRP out to bitcoin or cash or anything, and it kept saying ‘temporarily disabled.’ I knew right away there was some kind of problem,” says the user who claims to have lost $150,000 and asked to remain anonymous. “I went back in to try to look at those tickets to see if they were still pending, and you could no longer access Bitsane.”

At the height of the cryptocurrency craze in late 2017 and early 2018, Bitsane attracted casual investors because it allowed them to buy and sell Ripple’s XRP, which at the time was not listed on Coinbase, the most popular U.S. cryptocurrency exchange. CNBC published a story on January 2, 2018 with the headline “How to buy XRP, one of the hottest bitcoin competitors.” It explained how to buy bitcoin or ethereum on Coinbase, transfer it to Bitsane and then exchange it for XRP.

Three of the five Bitsane users Forbes spoke to found out about the exchange through the CNBC article. Ripple also listed Bitsane as an available exchange for XRP on its website until recently. A Ripple spokesperson did not respond to a request for comment.

Bitsane went live in November 2016 according to a press release, registering in Dublin as Bitsane LP under CEO Aidas Rupsys, and its chief technology officer was Dmitry Prudnikov. Prudnikov’s LinkedIn account has been deleted, and neither he nor Rupsys could be reached for comment.

A separate company, Bitsane Limited, was incorporated in England in August 2017 by Maksim Zmitrovich. He wanted to own the intellectual property rights to part of Bitsane’s code and use it for a trading platform his company, Azbit, was building. Zmitrovich says Bitsane’s developers insisted that their exchange’s name be on the new legal entity he was forming. But Azbit never ended up using any of the code since the partnership did not materialize, and Bitsane Limited did not provide any services to Bitsane LP.

On May 16, Bitsane Limited filed for dissolution because Zmitrovich wasn’t doing anything with it and the company’s registration was up for renewal. Some of the Bitsane exchange’s victims have found the public filing and suspected Zmitrovich as part of the scam, but he insists accusations against him are unfounded.

He says he hasn’t spoken to Prudnikov—who was in charge of negotiations with Azbit—in at least five months, and Prudnikov has not returned his calls since account holders searching for answers began contacting him. Azbit wrote a blog post about the Bitsane scam on June 13, explaining Bitsane Limited’s lack of involvement.

“I’m sick and tired of these accusations,” Zmitrovich says. “This company didn’t even have a bank account.”

The location of the money and whereabouts of any of Bitsane LP’s employees remain a mystery to the scam victims, who are unsure about what action to take next. Multiple account holders in the U.S. say they have filed complaints with the FBI, but all of them are concerned that their cash is gone for good.

I’m a reporter on Forbes’ wealth team covering billionaires and their fortunes. I was previously an assistant editor reporting on money and markets for Forbes, and I covered stocks as an intern at Bloomberg. I graduated from Duke University in 2019, where I majored in math and was the sports editor for our student newspaper, The Chronicle. Send news tips to htucker@forbes.com.

Source: Crypto Exchange And XRP Refuge Bitsane Vanishes, Scamming As Many As 246,000 Users

Cryptocurrency and crime describes attempts to obtain digital currencies by illegal means, for instance through phishing, scamming, a supply chain attack or hacking, or the measures to prevent unauthorized cryptocurrency transactions, and storage technologies. In extreme cases even a computer which is not connected to any network can be hacked.

In 2018, around US$1.7 billion in cryptocurrency was lost due to scams theft and fraud. In the first quarter 2019, the amount of such losses was US$1.2 billion.

Notable cryptrocurrency exchange hacks, resulting in the theft of cryptocurrencies include:

Josh Garza, who founded the cryptocurrency startups GAW Miners and ZenMiner in 2014, acknowledged in a plea agreement that the companies were part of a pyramid scheme, and pleaded guilty to wire fraud in 2015. The U.S. Securities and Exchange Commission separately brought a civil enforcement action against Garza, who was eventually ordered to pay a judgment of $9.1 million plus $700,000 in interest. The SEC’s complaint stated that Garza, through his companies, had fraudulently sold “investment contracts representing shares in the profits they claimed would be generated” from mining.

Following its shut-down, in 2018 a class action lawsuit for $771,000 was filed against the cryptocurrency platform known as BitConnect, including the platform promoting YouTube channels. Prior fraud warnings in regards to BitConnect, and cease-and-desist orders by the Texas State Securities Board cited the promise of massive monthly returns.

OneCoin was a massive world-wide multi-level marketing Ponzi scheme promoted as (but not involving) a cryptocurrency, causing losses of $4 billion worldwide. Several people behind the scheme were arrested in 2018 and 2019.