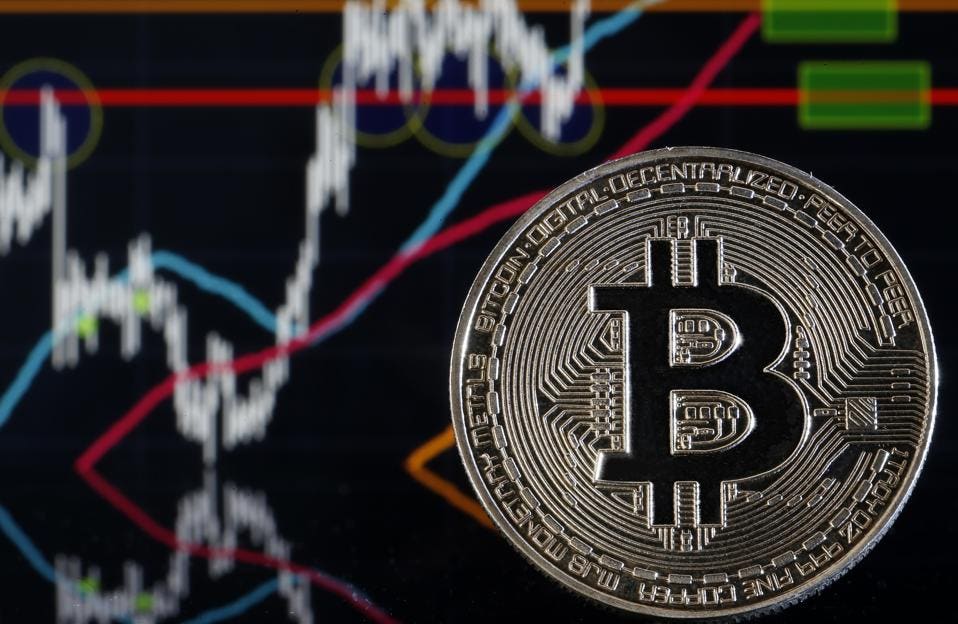 Bitcoin traders and investors are still reeling from a steep sell-off that’s wiped around $1 trillion from the combined cryptocurrency market.

The bitcoin price has crashed from almost $65,000 per bitcoin to under $40,000 despite a flood of positive bitcoin news in recent weeks—including Twitter TWTR +0.2% chief executive Jack Dorsey teasing a bitcoin payments plan.

Now, analysis of bitcoin trading data has suggested the bitcoin price could be hit by a so-called “short squeeze”—when the price of an asset increases rapidly due to an excess of bets against it.

“Given bitcoin’s past market performance, when traders use excessive leverage to short the market during a horizontal price adjustment, there will often be a short squeeze phenomenon,” Flex Yang, the chief executive of Hong Kong-based crypto lender and asset manager Babel Finance, wrote in analysis seen by this reporter and pointing to market data that shows recent capital inflows are “from short-sellers and that leverage has greatly increased.”

Since the bitcoin and crypto market crashed in mid-April, the volume of bitcoin perpetual holdings on the crypto exchange Binance have increased by 110%, with the ratio of long to short traders reaching a new low of 0.89—pushing funding rates into the negative.

According to Yang, the reasons behind such excessive shorts include “many people are anticipating a bear market; bitcoin “holders are building hedges,” or “those who bought at high prices are locked in.”

Historical bitcoin price data between February and April 2018 and then again from June to late July 2020, suggests an increase in short-selling is often followed by a bitcoin price surge.

“In November 2020, there was a temporary sharp increase in the number of short-selling positions at a high price,” wrote Yang. “Afterwards, the price of bitcoin continued to rise, continuing its bull market position. No matter if the market outlook is trending downwards after rebounding or if bitcoin maintains its bull market status, short traders have always suffered the consequence of being squeezed out and liquidated.”

The early 2021 bitcoin price bull run was brought to a sharp halt in April when fears over a crypto crackdown in China and mounting concerns over bitcoin’s soaring energy demands sparked panic among investors.

Tesla TSLA +1.1% billionaire Elon Musk sent shockwaves through the bitcoin market when he announced Tesla would suspend its use of bitcoin for payments until the bitcoin network increased its use of renewable energy.

The bitcoin price has failed to recover its lost ground despite continued reports that Wall Street banking giants are increasingly offering bitcoin investment and trading services and the Central America country El Salvador revealed plans to adopt bitcoin as legal tender alongside the U.S. dollar.

I am a journalist with significant experience covering technology, finance, economics, and business around the world. As the founding editor of Verdict.co.uk I reported on how technology is changing business, political trends, and the latest culture and lifestyle. I have covered the rise of bitcoin and cryptocurrency since 2012 and have charted its emergence as a niche technology into the greatest threat to the established financial system the world has ever seen and the most important new technology since the internet itself. I have worked and written for CityAM, the Financial Times, and the New Statesman, amongst others. Follow me on Twitter @billybambrough or email me on billyATbillybambrough.com. Disclosure: I occasionally hold some small amount of bitcoin and other cryptocurrencies.

From January to February 2018, the price of Bitcoin fell 65 percent. By September 2018, the MVIS CryptoCompare Digital Assets 10 Index had lost 80 percent of its value, making the decline of the cryptocurrency market, in percentage terms, greater than the bursting of the Dot-com bubble in 2002.

The investors Warren Buffett and George Soros have respectively characterized it as a “mirage”and a “bubble”; while the business executives Jack Ma and Jamie Dimon have called it a “bubble” and a “fraud”, respectively. J.P. Morgan Chase CEO Jamie Dimon said later he regrets calling Bitcoin a fraud.