The 2010s saw battery-electric cars move into the mainstream led by Elon Musk’s Tesla, and as that trend gains steam there are signs the decade ahead will see hydrogen gain commercial viability in transportation, particularly for heavy vehicles like trains and long-haul semis that need a more flexible powertrain than multi-ton battery packs.

The first zero-emission “hydrail” project in the U.S. will be in Southern California, where the San Bernardino County Transportation Authority plans to operate a FLIRT H2 train from Swiss supplier Stadler from 2024. The first train, with two cars and a rooftop power pack containing fuel cells and hydrogen tanks, will run on a nine-mile commuter rail line between San Bernardino and Redlands, under a contract worth $23.5 million, according to the SBCTA, with an option to purchase four more trains.

French industrial conglomerate Alstom already has hydrogen-powered Coradia iLint trains running in Germany on a commuter rail line, with more headed to France and the U.K. Like Stadler, it wants to replace diesel models in North America, particularly on regional passenger lines. China saw the first fuel cell tram go into operation in 2015 and government-backed officials are increasingly promoting hydrogen.

This is happening as startup truckmaker Nikola Motor raises funds and lines up partnerships to begin delivering fuel-cell semis from 2021, Hyundai moves ahead with a multibillion-dollar plan to commercialize hydrogen cars, trucks and ships and Toyota builds up a fleet of fuel cell trucks operating at the sprawling Port of Los Angeles.

Electric cars have become viable because “battery costs plummeted when production scaled up and the same is likely with fuel cells and renewable hydrogen,” says transportation researcher Dan Sperling, a University of California, Davis, professor and a member of the state’s Air Resources Board which sets the nation’s toughest exhaust pollution rules.

“Increasing pressure—and demand—for zero-emission vehicles is likely to be the impetus for the hydrogen fuel cell revolution. Will the U.S. lead or follow?”

The proliferation of electric-drive vehicles–both battery- and hydrogen-powered–and growth in the clean energy market are a marked contrast to current U.S. federal policies. Under President Donald Trump, fuel-economy rules have slackened, environmental guidelines on air and water pollution have eased amid the administration’s advocacy of domestic drilling, mining and fracking. Nevertheless, with broad global concern about the cost and dangers of climate change fueled by carbon emissions, billions of dollars continue to be funneled into creating consumer and commercial markets for cleaner, more sustainable alternatives.

Electric trains are common, but traditionally require costly catenary power lines or electrified rails to operate. By contrast, a fuel cell system creating electricity onboard the vehicle allows trains to run on existing tracks with no additional investment in infrastructure needed. Alstom estimates that 90% of the rail network in the U.S. isn’t electrified, meaning there’s a vast potential for its next-generation vehicles. That makes California, where the state is focused on reducing harmful diesel exhaust and carbon emissions, a natural early market.

Hydrogen power technology has been around for decades, used in past NASA spacecraft, but costly materials, including precious metals in fuel cell membranes that help generate electricity and carbon fiber fuel tanks, as well as long-term durability issues limited its appeal for transportation. What’s more, industrial production of hydrogen from natural gas, with byproduct carbon emissions, undercut its appeal as a green fuel. But aggressive R&D over the past decade have chipped away at costs, with synthetic alternatives replacing metals like platinum in fuel cells, while durability and performance in extreme heat and cold continue to improve. At the same time, the rising availability of cheap renewable wind and solar power and improved use of electrolysis to extract hydrogen from water rather than natural gas developed by companies such as Norway’s Nel Hydrogen may be a gamechanger for the fuel’s environmental profile.

From 2000 through the end of 2019, just 252 megawatts of green hydrogen generation were installed globally, according to an estimate from industry researcher Wood MacKenzie. That’s poised to change sharply. “By 2025, an additional 3,205 MW of electrolyzers dedicated to green hydrogen production will be deployed globally – a 1,272% increase,” it said in a recent report.

Access to cheap solar power in Southern California is key to Nikola’s hydrogen truck plans. The Phoenix-based startup, working with Nel, intends to build and operate a network of highway-adjacent hydrogen fuel stations that are also close to its initial customers, starting with beermaker Anheuser-Busch. Led by entrepreneur Trevor Milton, Nikola aims to build 25 trucks next year and 400 in 2021. If all goes well, by 2022 the company will be making eight tons of green hydrogen daily from renewable electricity at each fuel station, enough to keep 250 trucks running.

While near-term projects such as the Redlands commuter line and regional passenger trains using Alstom’s models in Europe are viable, hydrogen isn’t ready to move into heavier freight rail, a far bigger market, according to U.S. Energy Department researchers. 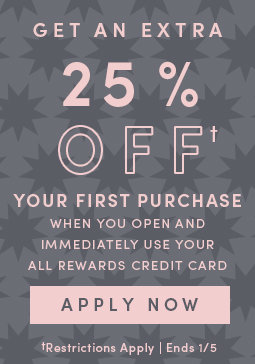 “Freight locomotives for long-distance hauling is the most technically challenging but has the highest societal value in that the diesel volume displacement with hydrogen fuel would add significantly to economies-of-scale and reduced fuel cost,” according to a recent report for the Energy Department and Federal Rail Administration prepared by Sandia National Laboratories.

Source: Heavy-Duty Hydrogen: Fuel Cell Trains And Trucks Power Up For The 2020s

H2IL Marketing
168 subscribers
http://www.h2innovationlab.com SCRIPT FOR TRANSLATION: Imagine driving off in your fuel cell car and stopping just outside your gate for a two minute fuel-up from a self-powering hydrogen production facility that is also providing all the needed electricity to your neighborhood. Imagine a world with public transportation and trains free of polluting noisy diesel or overhead power lines. Not slow charge batteries but rather high speed fuel up from a facility that produces a clean, reusable fuel on-site. Large marine vessels powered on-board using the very substance they are floating on. This reality is closer than we may think. A recent breakthrough in science has discovered a means of sustainable self-powering hydrogen energy generation. A system so efficient that it does not requiring any external power source. Self-powering energy with a 2000% efficiency makes On-site production a viable option and opens doors to so many possibilities. Stimulating a rapid move to hydrogen fuel-cell cars and transportation. Eliminating greenhouse gas emissions from transportation and rectifying earths depleting supply of oil. Finally an efficient means of producing clean, re-usable, self-sustaining hydrogen energy to fuel cars, buses, trains and almost any type of transportation. Just 100 years ago crude oil was the catalyst of the industrial revolution. Today this new break-through in science could be the biggest discovery since energy itself. A technology owned and maintained by the energy supplier and easily integrated into existing infrastructure. Imaginable energy supply capabilities that were once considered impossible. Hydrogen will soon be the predominant fuel, the question is whose name is going to be associated with the technology that paves the way to our future energy supply. Sound too good to be true? Does it defy laws of physics and energy? How would it be integrated into the energy infrastructure? To answer these questions and learn more, please view the full indexed series on the ‘H2 Innovation Lab’ website. Please see the description for this link.