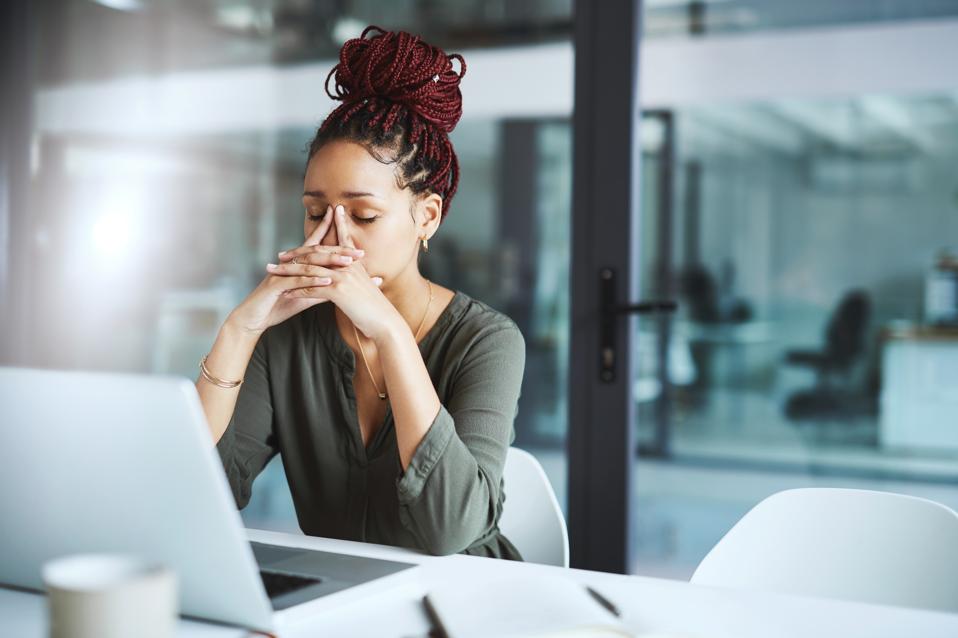 Every CEO wants long-standing employees, but their ineffective leadership causes organizational stress that cripples the workplace culture. Quite often, we read articles or hear of CEOs abusing their power and tarnishing their company’s reputation.

This is due to them neglecting feedback from their team and making decisions based solely on their own judgement. Not only does this erode trust, but it sets a standard that employee and leadership voices are not welcome.

When employees are taken care of, they go above and beyond to drive the company forward. Conversely, when they don’t feel valued, appreciated or kept in the loop, employees quickly become disengaged. The cost of a disengaged employee impacts more than the bottom line.

It decreases productivity, creates negative client experiences and destroys the company culture, to name a few. According to a Gallup survey, the State of the American Workplace 2021, 80% of workers are not fully engaged or are actively disengaged at work.

While CEOs claim to embody a people-first and feedback-driven culture, they believe, due to their position, that they know better than everyone else. Todd Ramlin, manager of Cable Compare, said, “if a person is fortunate to have the opportunity to be a CEO, they need to ask themselves if they can live by the company values, expectations, rules and processes that are in place.” They can’t pick and choose which rules and processes to abide by, yet punish others when they do the same. Doing so cultivates a toxic workplace and demonstrates poor leadership.

Here are three things CEOs do that sabotage their workplace culture.

The workplace is made up of a diverse group of experiences and perspectives. CEOs who lack the emotional intelligence to understand another person’s viewpoint or situation will find themselves losing their most valuable people. Sabine Saadeh, financial trading and asset management expert, said, “companies that are only data driven and don’t care about the well-being of their employees will not sustain in today’s global economy.”

Businessolver’s 2021 State Of Workplace Empathy report, revealed that “68% of CEOs fear that they’ll be less respected if they show empathy in the workplace.” CEOs who fail to lead with empathy will find themselves with a revolving door of leadership team members and employees. I once had a CEO tell me that he didn’t want emotions present in his business because it created a distraction from the data. His motto was, “if it’s not data, it’s worthless”.

As such, he disregarded feedback of employee dissatisfaction and burnout. Yet, he couldn’t understand why the average tenure of his employees very rarely surpassed one year. Willie Greer, founder of The Product Analyst, asserted, “data is trash if you’re replacing workers because you care more about data than your people.”

One of the ways a CEO sabotages a company’s culture is by micromanaging their leadership team. Consequently, this leads to leadership having to micromanage their own team to satisfy the CEOs unrealistic expectations. When leadership feels disempowered to make decisions, they either pursue another opportunity or check out due to not being motivated to achieve company goals.

As such, the executives who were hired to bring change aren’t able to live up to their full potential. Moreover, they’re unable to make the impact they desired due to the CEOs lack of trust in them. Employees undoubtedly feel the stress of their leadership team as it reverberates across the company.

Arun Grewal, founder and Editor-in-chief at Coffee Breaking Pr0, said, most CEOs are specialists in one area or another, which can make them very particular. However, if they want to drive their company forward they need to trust in the experts they hired rather than trying to make all of the company’s decisions.

At one point during my career, I reported to a CEO who never allowed me to fully take over my department. Although he praised me for my HR expertise during the interview, once hired, I quickly realized he still wanted full control over my department. Despite not having HR experience, he disregarded everything I brought to the table to help his company.

I soon began questioning my own abilities. No matter how hard I tried to shield my team from the stress I endured, the CEO would reach out to them directly to micromanage their every move. This left our entire department feeling drained, demoralized and demotivated. Sara Bernier, founder of Born for Pets, said, “CEOs who meddle in the smallest of tasks chip away at the fundamentals of their own company because everything has to run through them”. She added, “this eliminates the employee’s ownership of their own work because all tasks are micromanaged by the CEO.”

Instead of seeking feedback from their leadership team or employees, CEOs avoid it altogether. Eropa Stein, founder and CEO of Hyre, said, “making mistakes and getting negative feedback from your team is a normal part of leading a company, no matter how long you’ve been in business.”

She went on, “as a leader, it’s important to put your ego aside and listen to feedback that will help your business grow. If everyone agrees with you all the time, you’re creating a cult mentality that’ll be detrimental to your business’ success in the long run.” This results in a toxic and unproductive workplace culture.

What’s worse than avoiding constructive feedback is receiving it and disregarding it entirely. Neglecting valuable feedback constructs a company culture where no individual feels safe voicing their concerns. Rather than silence those who give negative feedback, CEOs should embrace them. These are the individuals who are bringing issues forward to turn them into strengths in an effort to create a stronger company.

I’m a Leadership Coach & Workplace Culture Consultant at Heidi Lynne Consulting helping individuals and organizations gain the confidence to become better leaders for themselves and their teams. As a consultant, I deliver and implement strategies to develop current talent and create impactful and engaging employee experiences. Companies hire me to to speak, coach, consult and train their teams and organizations of all sizes. I’ve gained a breadth of knowledge working internationally in Europe, America and Asia. I use my global expertise to provide virtual and in-person consulting and leadership coaching to the students at Babson College, Ivy League students and my global network. I’m a black belt in Six Sigma, former Society of Human Resources (SHRM) President and domestic violence mentor. Learn more at http://www.heidilynneco.com or get in touch at Heidi@heidilynneco.com.

Source: High Turnover? Here Are 3 Things CEOs Do That Sabotage Their Workplace Culture

Organizational culture refers to culture in any type of organization including that of schools, universities, not-for-profit groups, government agencies, or business entities. In business, terms such as corporate culture and company culture are often used to refer to a similar concept.

The term corporate culture became widely known in the business world in the late 1980s and early 1990s. Corporate culture was already used by managers, sociologists, and organizational theorists by the beginning of the 80s. The related idea of organizational climate emerged in the 1960s and 70s, and the terms are now somewhat overlapping,as climate is one aspect of culture that focuses primarily on the behaviors encouraged by the organization

If organizational culture is seen as something that characterizes an organization, it can be manipulated and altered depending on leadership and members. Culture as root metaphor sees the organization as its culture, created through communication and symbols, or competing metaphors. Culture is basic, with personal experience producing a variety of perspectives.

Most of the criticism comes from the writers in critical management studies who for example express skepticism about the functionalist and unitarist views about culture that are put forward by mainstream management writers. They stress the ways in which these cultural assumptions can stifle dissent towards management and reproduce propaganda and ideology. They suggest that organizations do not encompass a single culture, and cultural engineering may not reflect the interests of all stakeholders within an organization.