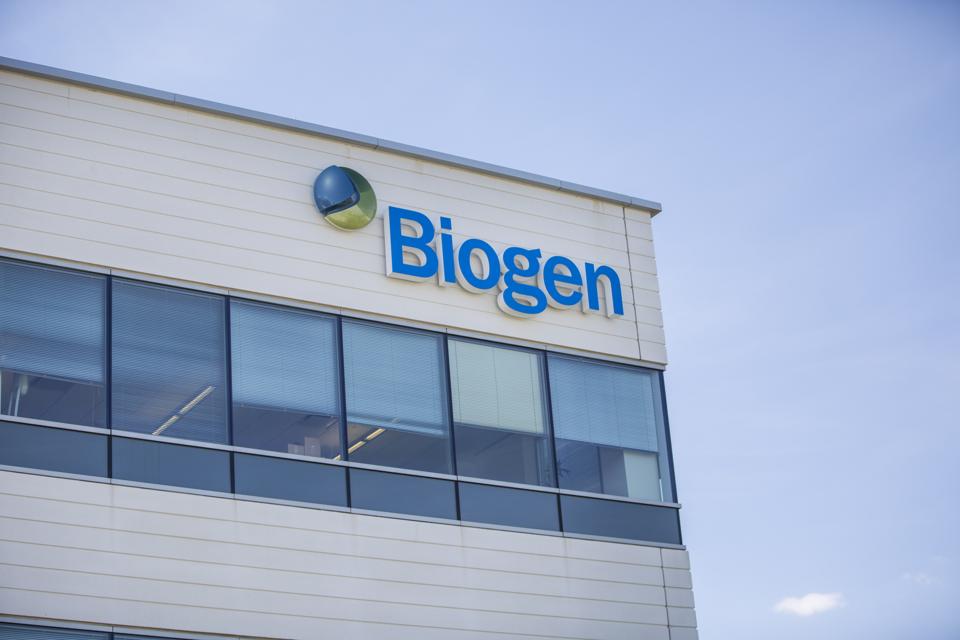 The landscape of experimental Alzheimer’s disease (AD) drugs is strewn with failures, so much so that it has been referred to as “an unrelenting disaster zone”. Recognizing the greatly increasing number of patients with this disease, many biopharma companies have invested a lot of resources in attacking this problem, only to be turned away in late stage studies as happened to Merck with its BACE inhibitor, verubecestat, and Lilly with its beta-amyloid antibody, solanezumab.

Now add Biogen to the list of companies that have failed in this arena. Its drug, aducanumab, partnered with Eisai, was believed to be better in removing beta-amyloid from the brain than any agent previously tested. Many have hypothesized that beta-amyloid causes the formation of damaging clumps of debris in the brain leading to AD. Unfortunately, Biogen halted a major clinical trial with aducanumab due to a futility analysis showing that the drug doesn’t work.

This is a terrible result for Alzheimer’s patients who had hoped that this was the drug that would finally succeed in treating AD. But the demise of aducanumab is also disastrous for Biogen which had expended an enormous amount of resources into this program, likely at the expense of other opportunities. It was a risky bet and one for which Wall Street has delivered a punishing blow. Biogen’s stock dropped by nearly 30% shortly after announcing the disappointing aducanumab results.

How is Biogen going to respond? As John Carroll has reported, many industry analysts believe that there aren’t many gems in the Biogen pipeline that can make up for the loss of this potential blockbuster. In predicting Biogen’s next steps, perhaps there are some learnings from another such pipeline failure – that of Pfizer’s torcetrapib.

Torcetrapib was the first of a class of compounds known as CETP inhibitors, drugs that both raised HDL-cholesterol and lowered LDL-cholesterol. A CETP inhibitor had the potential to remodel a heart patient’s lipid profile thereby greatly reducing his risk of a heart attack or stroke. There was tremendous excitement generated in this potential breakthrough treatment, not just in Pfizer but also among cardiologists and heart patients. In fact, internal commercial analyses predicted annual sales in excess of $15 billion. However, as happened with aducanumab, on December 4th, 2006, Pfizer announced that torcetrapib failed its long-term clinical study. The drug was dead. The Wall Street reaction was swift, albeit not as dramatic as Biogen’s experience. Pfizer stock dropped 10% as a result of this news.

Internally, the Pfizer reaction was intense. Torcetrapib was supposed to be the blockbuster that would drive growth into the next decade. Its loss created an enormous hole. Pfizer CEO Jeff Kindler responded in a couple of ways. First, he decided to “right size” R&D in relation to lower expected future revenues. In effect, hundreds of millions of dollars needed to be cut from R&D. Pfizer’s R&D budget had already undergone major portfolio adjustments and reorganizations over the previous five years due to the acquisition of Warner-Lambert Parke-Davis in 2000 followed by the acquisition of Pharmacia in 2004. Meeting the new R&D budget targets weren’t going to be achieved by simple cuts; rather, major research sites had to be closed and jobs had to be eliminated. Gone were R&D sites around the world including those in France, Japan and, most significantly, the iconic laboratory in Ann Arbor, Michigan.

But budget cuts weren’t going to be enough for Pfizer to meet its desired goals. The company began assessing major M&A opportunities and in 2009 it acquired Wyeth for $68 billion leading to yet another round of reorganizations and portfolio reshuffling. The ripple effect of the torcetrapib demise was felt by the entire company and lasted for a number of years.

So, how will Biogen respond? Undoubtedly, there will be budget cuts. In addition, perhaps Biogen will look at its R&D portfolio and give a higher priority to those programs that have the potential to deliver revenues in the short term. There might also be a push to drop programs deemed to be very risky or where the proof-of-concept requires long, expensive clinical trials. Finally, it wouldn’t be surprising to see Biogen become aggressive in their M&A activities. But make no mistake. The death of an important drug like aducanumab will have both a short and a long term effect on Biogen as a company and especially on R&D.

I was the president of Pfizer Global Research and Development in 2007 where I managed more than 13,000 scientists and professionals in the United States, Europe, and Asi…

Source: How Will The Failure Of Biogen’s Alzheimer’s Drug, Aducanumab, Impact R&D?