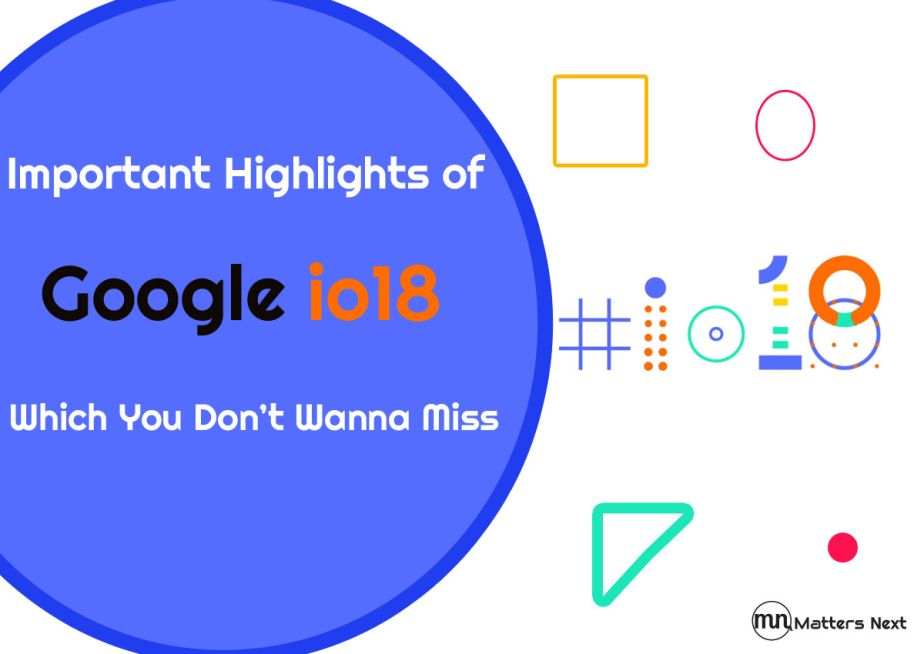 No one on the planet has access to data as Google does. They are literally everywhere now, in our laptops, mobiles and some of them are in our wrists too. Google io18 just proved how it can make use of all these data in creating a smart (really smart) artificial intelligence. From its recent updates, I can see Google is putting together some of its small, small application to make something great.

For example; the Google sound, that app is been there on my mobile since I bought it in 2015. When we fast forward to 2017 this feature is given in the Pixel 2 to identify the name of the song. Like this application, Google has put many small services, which we rarely use and big projects to create a smarter Artificial Intelligence in the Google iO18. A lot happened in the event, including the launch of Android P beta; here are some of the highlights of Google iO18.

Google lens is quite a useful feature available for the Pixel users alone, and now the lens is coming to Android P as a built-in option. Just like the Huawei P20pro, you can access the Google lens feature right inside your default camera application itself. Unfortunately not all Android OEM manufacturers support this feature as of now, but Google has given us a list of manufactures in which you will get this update. Samsung lover,s you will get the same features in Bixby version in the next year.

I have a small hunch that Google will use its machine learning to set camera settings automatically based on the subject you are taking, just like the Huawei P20 pro and the latest LG G7 ThinQ devices. Let me know your thoughts in the comment section below.

Google has moved a step further than the Huawei P20 pro by adding AI to its gallery application. We all know how quick the Google photo can identify faces and the location, with the latest updates it becomes, even more, smarter and also gives us some useful editing options.

Most of the photographers and graphic designers might be familiar with this term. In this effect, particular color or object alone is highlighted by changing rest of the images to grayscale. To make this effect, before we used Photoshop or other photo editing tool, but now just a tap will do in the Google Photo. 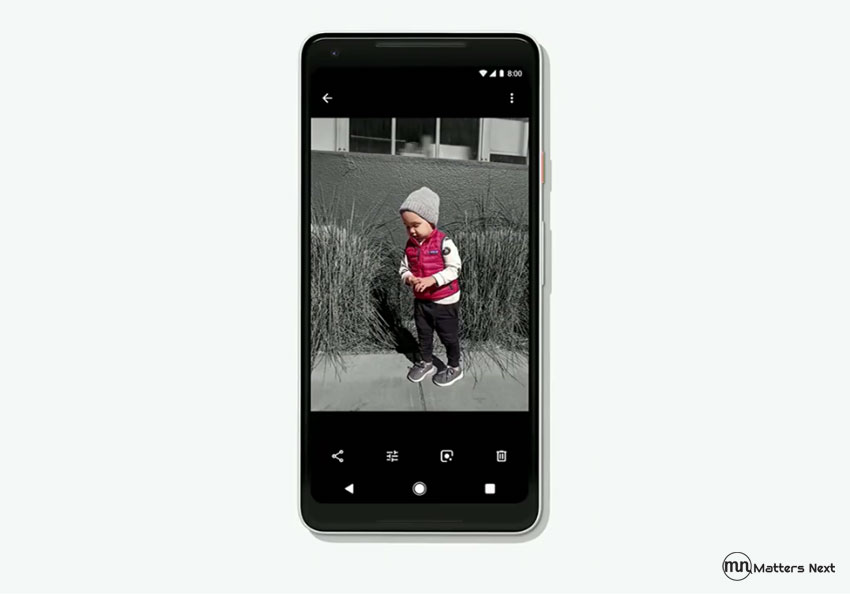 Colorize converts your old black and white photos to colorful images in a tap. All these are done intelligently by the Google AI.

Actually, text identifier can be used in both the Google lens and also in Google Photos application. In Google lens, you can do live translate before, but now you can copy the texts right away, pretty dope. On the other hand in the Google photo, say you have taken a picture of a page, now you can convert this image into a PDF right away.

Google Assistant now get six new voices. Still, it is not clear how can we choose the voice model we want, once I get my hands on Android P will let you guys know. You might have heard this by now, John Legend voice is also coming to Google Assistant. But it is coming only later part of this year, maybe with the Pixel 3. From the marketers perspective, Google will be using John Legend’s voice for promoting Pixel 3 and for commercial ads.

At the beginning of the post, I told you guys about Google putting together pieces to create smarter AI. Google Duplex is the ultimate example. Google has put together its knowledge from text to speech, Deep learning, and all other projects related to natural language understanding to create this damn smart intelligent Assistant. The “mm-hmm”, “umm” and the pauses given by the Google Assistant is so real, the person on the other side can’t even feel they are talking to an AI actually.

There is a lot of ethical issues already going on this matter. Dieter from Verge has already tweeted about it and lot other tech people who are into making a safe future, arguing about it. Let’s wait and see when we can use Duplex in the real world.

Artificial intelligence is going to be a part of Android P. With the help of Deepmind, Google engineers have made the Android P intelligently manage the battery performance. Based on your application usage and pattern, Android P will be managing battery intelligently in the background.

As I have mentioned in my previous Pixel 3 post, Android P will be getting swipe up gesture just like in the iPhone X. The first swipe up gives you the overview section of your apps and the second swipe up gets you to the app draw. When you are in an application you can hit the home button to reach the home page. 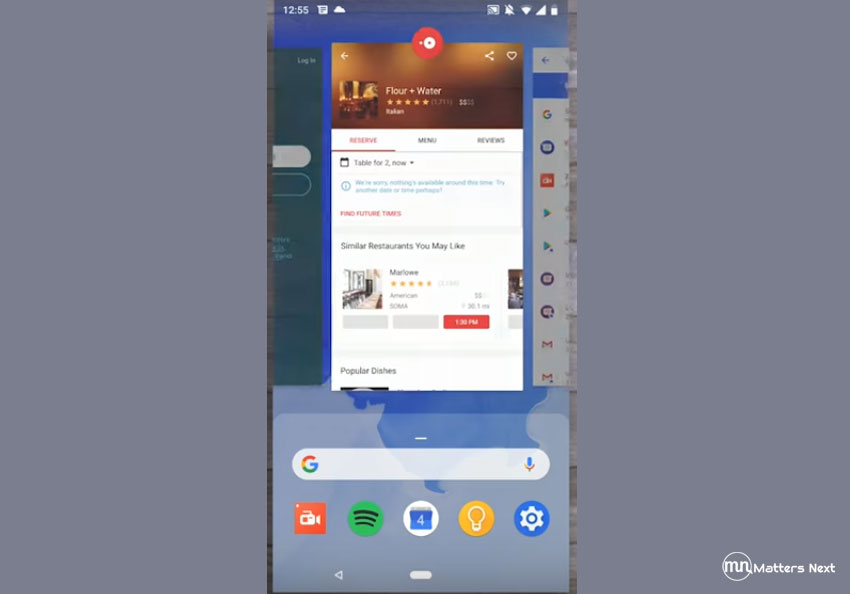 In the app draw also the Google AI gets in. At the top, you have app recommendations based on your application usage. If you are an HTC user, you might be familiar with the Sense Home widget which shows your most used application based on your location. The same thing is happening here in the Android P app draw but in a more clever way.

Android wellbeing is a dashboard which helps the user to see how they spend their time on their smartphone. You can control the time you spend on an application from the dashboard to help you to be more productive. 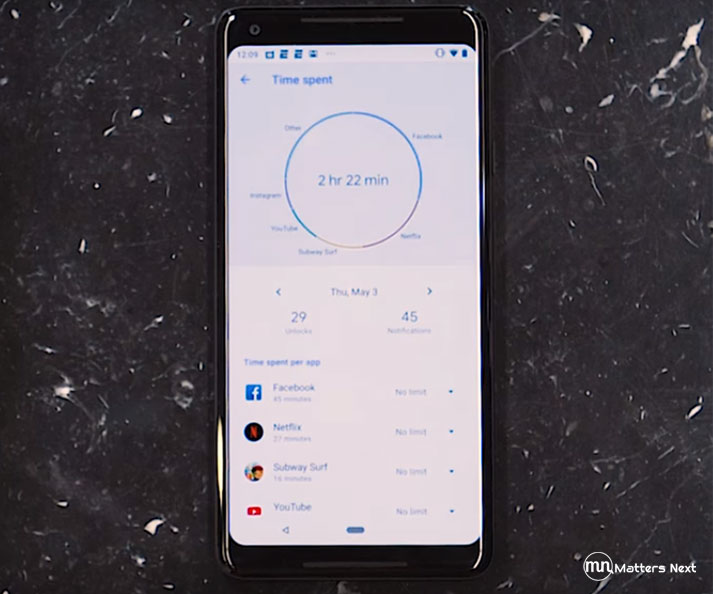 Shush is the new actual do not disturb option. In this mode your phone never bothers you, all the notifications and calls are blocked. To activate it you can simply face down your smartphone on the table and the shush mode will activate.

Google now uses your smartphone camera to navigate easily. When you are walking all you have to do is to hold your phone higher and the virtual elements will guide you, just like in a game. Even Google has introduced virtual characters to make your search easier and fun filled. 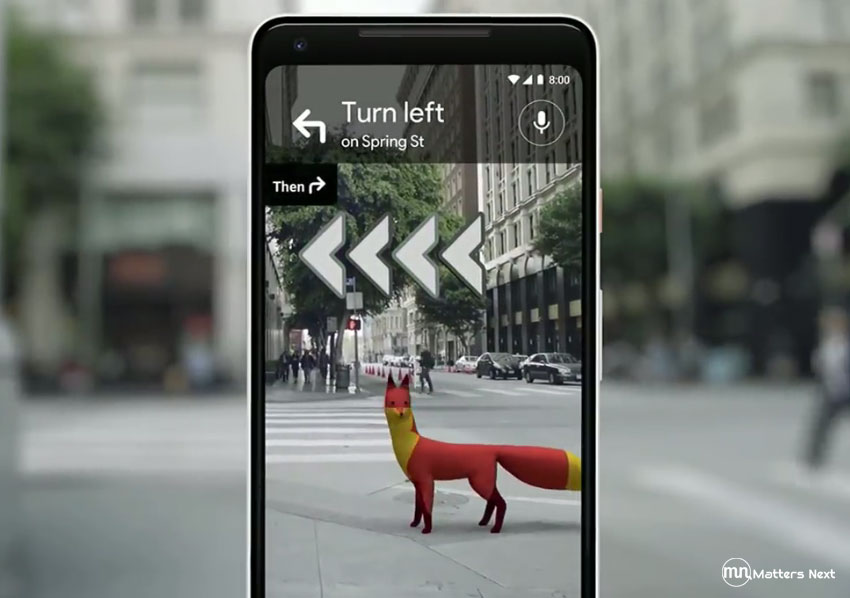 If you have ever seen the Nokia N8 commercial ad, to demonstrate the map they have used virtual elements hanging out on the real world objects. This thing is becoming real now, while you navigate with the new camera feature, it automatically shows the shop, restaurants, and any other places around you.

Google I/O 18 gave us so many jaw-dropping moments. It clearly shows that the future solely depends on the AI. Hereafter the quality of the smartphone and smart devices won’t be calculated with the hardware alone. Software and the AI features will also be considered to evaluate the quality of the product. As Apple WWDC 18 is just a few weeks away from now, am eagerly waiting to see what APPLE is going to do. To stay updated please subscribe if you haven’t already, the link is below. See you soon.