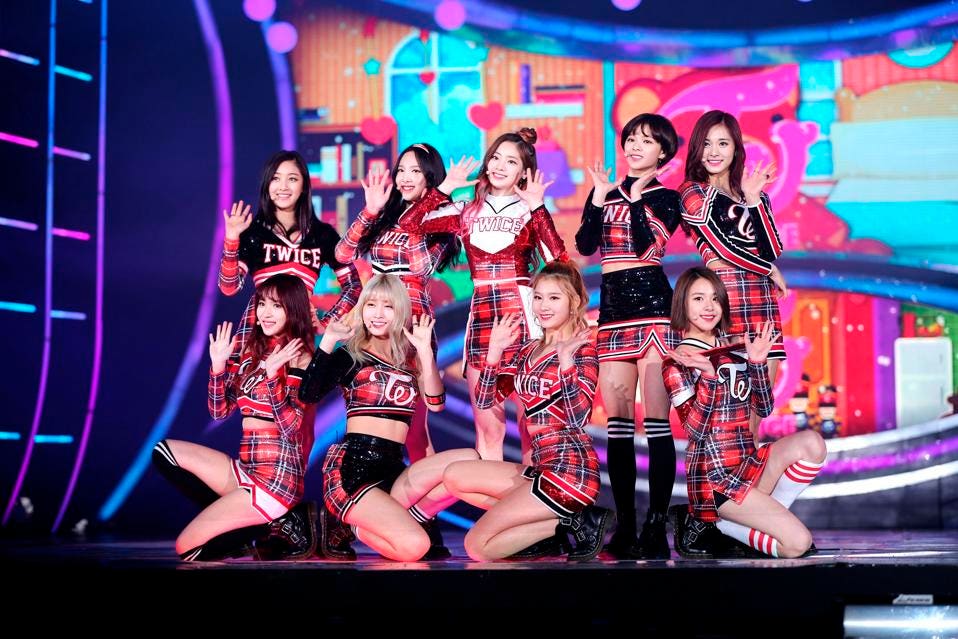 You could say K-pop sensation TWICE is experiencing a flight of “Fancy.” Their label, JYP Entertainment, confirmed to Forbes that the girl group sold over 6 million albums, encompassing both Korea and Japan, since their 2015 debut. Meanwhile, their overall album sales in Korea amount to over 3,750,000.

Forbes doesn’t have exact figures, but it appears that TWICE racked up over 500,000 album sales in less than a month. In late March, the JYP rep had estimated the overall sales figure to be 5.5 million, factoring in both the Korean and Japanese markets.

The girl group recently returned with their eighth EP, Fancy You, on April 22. Lead single “Fancy” marked a stark conceptual shift for the nonet, who built a massive fanbase out of largely cute concepts. But the more mature tone of their latest release still retains the confectionary feel of their previous work. They haven’t ventured completely into girl crush territory — rather, their newest offering matches the Apink model of going bold while staying hyper-feminine. Charli XCX and MNEK co-wrote other songs on the mini album.

Leader Jihyo spoke about the change in concept at a press conference for Fancy You on April 22. “We have only shown bright concepts until now, but we also wanted to show some of our maturity,” she said, according to Soompi’s translation. “However, we also worked to not let go of our overflowing energy.”

According to an unofficial view count, TWICE recently beat their own 24-hour debut record with “Fancy.” The music video reportedly racked up 39.8 million views in one day. However, YouTube hasn’t released the official figure yet. The group’s 2018 single, “Yes or Yes,” previously ranked as the seventh-biggest debut on YouTube with 31.4 million views in 24 hours.

They’ve had runaway success in the second-biggest music industry — and the multinational group includes three Japanese members. Earlier in the year, TWICE became the first K-pop girl group to embark on a dome tour in Japan. Their #DreamDay tour reportedly sold out five dates in one minute, amounting to 210,000 seats.

While K-pop has been blowing up in the West, TWICE has largely sat out U.S. promotions — despite amassing a strong international fanbase. But they’ll head out on a world tour that includes their first headlining dates in the U.S. Their newfound American promotions fit into a larger trend: over 20 K-pop acts have announced headlining tour dates in the States this year. Last month, JYP inked a deal with The Orchard to provide physical distribution worldwide, including the United States and Europe.

Check out the group’s upcoming Twicelights tour dates below.

I’m a freelance writer based in California who covers the music industry. My main focus at Forbes is global pop trends, but I cut my teeth on the indie rock beat.