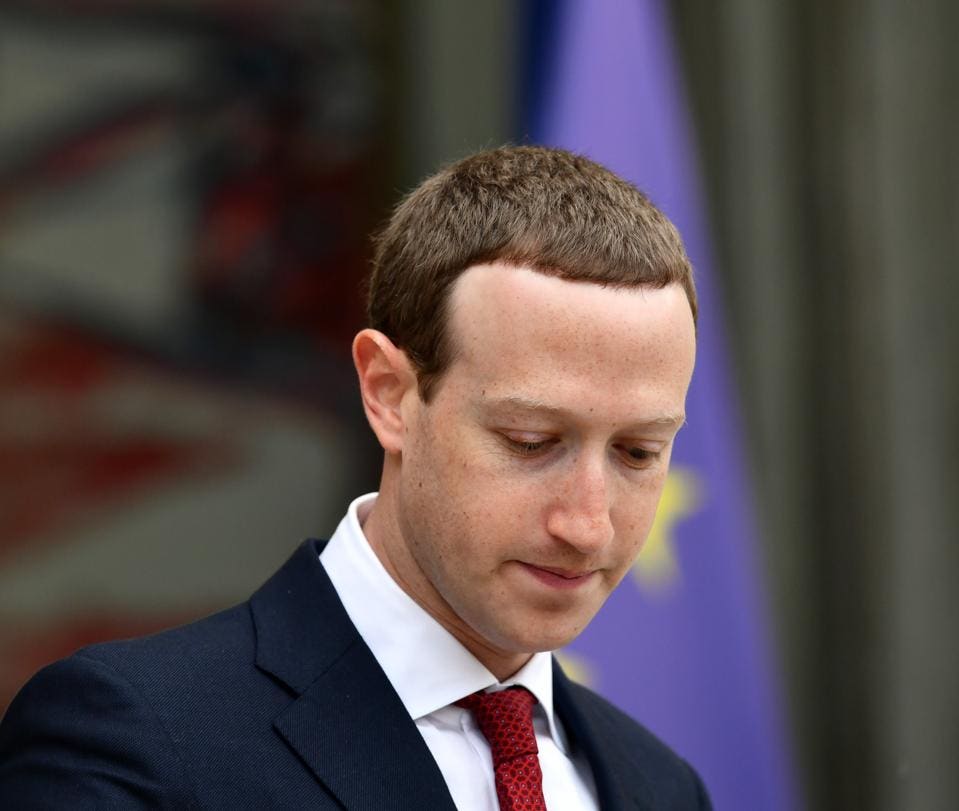 Just a few hours after meeting French President Emmanuel Macron to discuss the ways in which the company can become more accountable for the content published on its platform, and just a few days after Facebook’s co-founder Chris Hughes slammed the company and its CEO for what they have become, the company quietly announced on Friday that another Cambridge Analytica may have come to light.

“Today Facebook filed a lawsuit in California state court against Rankwave, a South Korean data analytics company that ran apps on the Facebook platform.” TechCrunch obtained a copy of the lawsuit and said that it “centers around Rankwave offering to help businesses build a Facebook authorization step into their apps so they can pass all the user data to Rankwave, which then analyzes biographic and behavioral traits to supply user contact info and ad targeting assistance to the business.”

Rankwave’s business model has echoes of Cambridge Analytica, where personality quizzes were used to build complex algorithms that targeted users and their circles of friends with highly-targeted ads. These ads were designed to shape voting behavior, amongst other things.

Facebook has accused Rankwave of using more than 30 apps to track and analyze comments and likes. They also have an app to track the popularity of a user’s posts, calculating a ‘social influence score’. That app is still available on the Google Play Store at the time of writing.

One of the major criticisms of Facebook over Cambridge Analytica was their delayed response. And ‘delayed’ might be a benevolent description. ‘Reluctant’ might be more apt. The company denied any exec-level knowledge of what was taking place on their platform, but this was undermined when reports of undisclosed meetings were exposed.

The Cambridge Analytica scandal is at the heart of the expected multi-billion-dollar FTC fine and the various criminal investigations taking place in the U.S. It was also, along with the torrent of inappropriate content that has come to light, responsible for the bow wave of regulation now coming into play worldwide. Cue that meeting with President Macron.

“We need new rules for the internet that will spell out the responsibilities of companies and those of governments,” Zuckerberg said in an interview with a French TV channel after meeting President Macron.

According to Facebook, the company “was investigating Rankwave’s data practices in relation to its advertising and marketing services. Rankwave failed to cooperate with our efforts to verify their compliance with our policies, which we require of all developers using our platform. Facebook has already suspended apps and accounts associated with Rankwave, and today’s suit asks the court to enforce the basic cooperation terms that Rankwave agreed to in exchange for the opportunity to operate apps on the platform.”

Earlier in the week, two U.S. senators penned an open letter to the Federal Trade Commission, demanding that the imminent sanctions against Facebook go much further than the “bargain” $3 billion to $5 billion fine that is expected. The senators wrote, “to urge the Commission to act swiftly to conclude its investigation of Facebook, and to move to compel sweeping changes to end the social network’s pattern of misuse and abuse of personal data.”

“The FTC must set a resounding precedent that is heard by Facebook and any other tech company that disregards the law in a rapacious quest for growth,” they said, arguing that fines are insufficient. “The FTC should impose long-term limits on Facebook’s collection and use of personal information, [this might include rules] on what Facebook can do with consumers’ private information, such as requiring the deletion of tracking data, restricting the collection of certain types of information, curbing advertising practices, and imposing a firewall on sharing private data between different products.”

This is exactly the kind of ‘don’t act until you have to’ activity they had in mind.

“By filing the lawsuit,” Facebook said on Friday, “we are sending a message to developers that Facebook is serious about enforcing our policies, including requiring developers to cooperate with us during an investigation.”

Maybe. But by waiting this long and giving Rankwave this much time and space to continue allegedly abusive behavior, you sent an entirely different message. Facebook wants a  judge to force Rankwave to allow an audit to show the extent of data being obtained and sold by the analytics company. Facebook also wants Rankwave to pay damages for harming Facebook’s ‘reputation’ and ‘public trust’. Reputation and public trust.

What’s that phrase about horses and stable doors?

Find me on Twitter or Linkedin or email zakd@me.com.

I am the Founder/CEO of Digital Barriers, a provider of AI and IoT surveillance technologies to defense, security and law enforcement agencies worldwide.