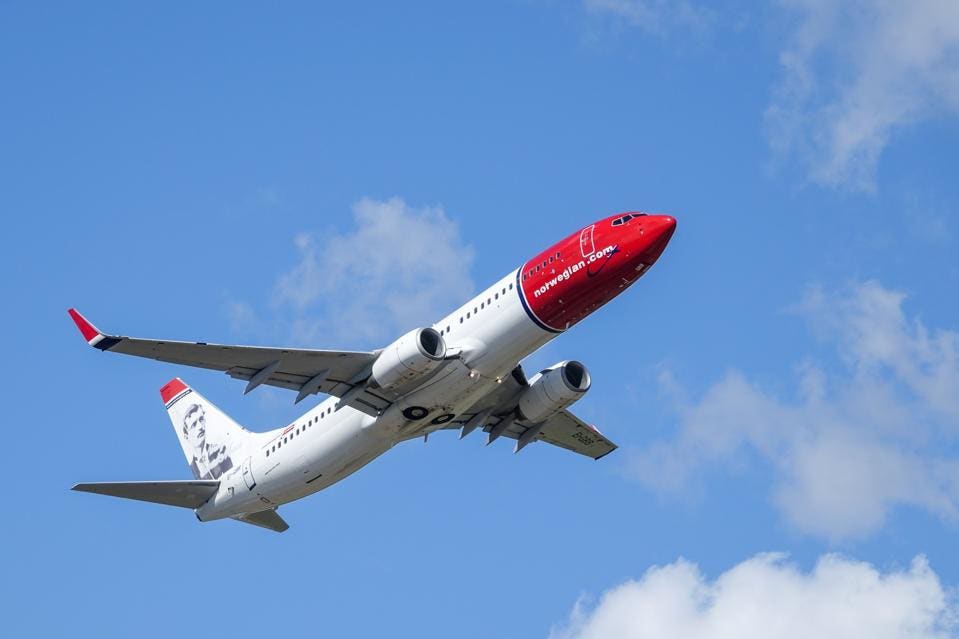 Looking for a cheap winter vacation to Europe? Your budget options from the U.S. have just decreased as the results of Norwegian’s strategy shift from growth to profitability start to become clear. The low-cost carrier has axed hundreds of long-haul flights from its 2019/20 winter schedule, which runs from November 1 to March 31.

From the end of October, 10 routes between the U.S. and Europe will be suspended for the season. Worst affected will be departures from Los Angeles (LAX), from where three routes are suspended. New York (JFK) loses two departures.

The changes mean that Norwegian will operate just 113 flights per week between the U.S. and Europe this winter compared to 150 last winter, a drop of around 25%. During the current summer timetable, the carrier operates 188 flights per week.

To Paris: The route from Boston is suspended.

To London Gatwick: The routes from Chicago and Denver are suspended.

To Copenhagen: The routes from Fort Lauderdale, Los Angeles and New York JFK are suspended.

To Oslo: The routes from Los Angeles and Orlando are suspended.

To Rome: The route from Los Angeles is suspended.

To Stockholm: The route from New York JFK is suspended.

Additional changes in the U.S.

In addition to the seasonal cancellations, the airline has confirmed its Stockholm to Orlando route will be canceled permanently. This follows the cancellation of the London Gatwick to Las Vegas route earlier this year.

The airline is also shifting some operations from Oakland Airport to nearby San Francisco. Both the Barcelona and Paris routes will join the London-Gatwick route that currently operates out of San Francisco. The summer-only services to Copenhagen, Oslo, Rome and Stockholm will remain at Oakland.

Earlier this year, Norwegian axed its U.S. flights to the French Caribbean islands of Martinique and Guadeloupe in a cost-cutting move.

While the winter suspensions will come as a blow to budget-seeking vacationers, it is far from unexpected. Outgoing CEO Bjørn Kjos had indicated that the airline would be evaluating its long-haul strategy in a bid to return to profitability.

Despite recording record passenger number in 2018, the airline’s expansion of its long-haul network hit its balance sheet hard. Last year, Aviation International News claimed they had an unsustainable level of debt. Just months later, the carrier needed a massive injection of new equity in January to stay airborne. The grounding of its 18 Boeing 787 MAX aircraft hasn’t helped matters either. Kjos, who recently stepped down from his CEO role after 17 years, claimed the grounding would raise its costs by $58 million.

A transatlantic future for Norwegian?

It isn’t yet known whether some or any of these suspended routes will return for the 2020/21 season, or even if some will be canceled entirely. There are reports that a new London Gatwick to Cape Town route is at an advanced stage of planning. It’s likely that such a route would be easier to operate at a profit than many of the transatlantic routes that are much more competitive. Given Norwegian’s shift in strategy, this could mean Norwegian looking away from the U.S. on a more permanent basis.

As there is a temporary CEO in place while the search for a permanent boss continues, odds are the senior management will simply wait and see how the market develops over the coming months.

Matthew Robert Wood, Norwegian’s senior vice president of commercial long-haul and new markets called the winter suspension a “natural move” following a thorough review. He said the airline would focus on profitable seasonal routes such as Asia, and look into growing the route network in South America.

I was born in the UK but moved to Norway in 2011 and haven’t looked back. I run a website and podcast for fellow expats, authored the Moon Norway travel guidebook