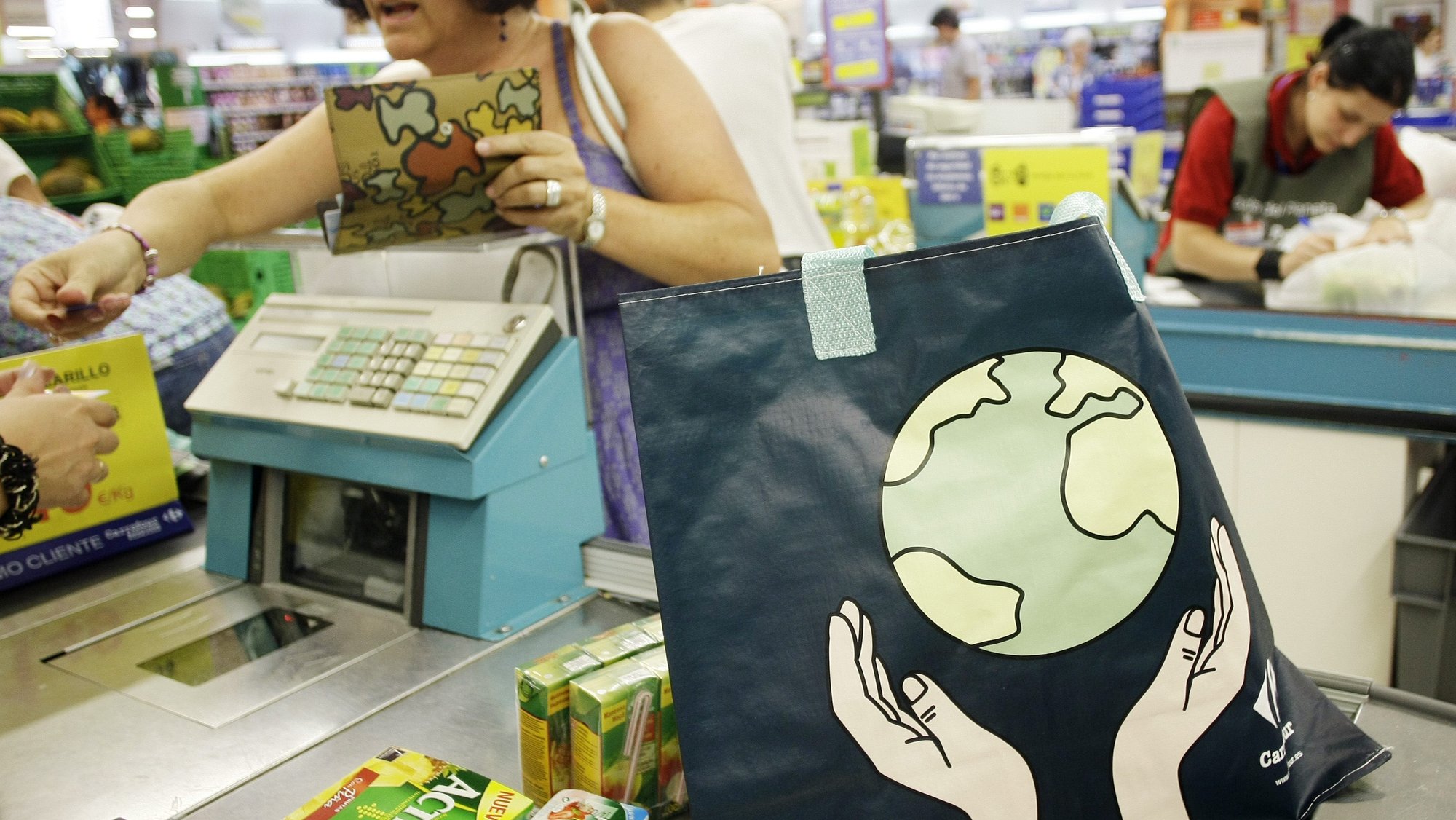 Over the past few years, reusable plastic shopping bags began showing up in grocery stores in many parts of the world. They are sturdier than the flimsy plastic bags that have become a symbol of the global movement against disposable plastics, and so can be used many times, lending to their marketing as the ethical choice for the environmentally conscious shopper.

But of course, these thicker bags require more plastic to make. That means they could only improve the overall situation if they led to stores handing out overall less plastic, by volume, than they would without them—by, say, replacing thousands of single-use plastic bags a shopper might otherwise use over the years. Because no matter the style of plastic bag, it will still contribute to the global problem of forever-trash entering the environment, and the greenhouse gases associated with manufacturing the bag from fossil fuels in the first place.

But it seems they haven’t. A 2019 report from the Environmental Investigation Agency (EIA) and Greenpeace looking at grocery stores in the UK suggests that the plastic “bags for life” utterly failed to do the one thing they were ostensibly meant to. As of the time of this writing in 2019, the top 10 UK grocery stores reported selling 1.5 billion of these bags, which represents approximately 54 “bags for life” per household in the UK.

For comparison, the top eight UK grocery retailers—representing over 75% of the market—sold 959 million such bags in 2018. Some supermarket chains have seen particularly big spikes in sales. The frozen-food store Iceland sold 10 times more plastic “bags for life” this year, 34 million, than last.

The UK introduced a 5-pence charge for plastic bags in 2015, and the government urged shoppers to instead bring their own reusable “bags for life,” which led to a surge in purchasing of the reusable plastic bags from markets.

“Our survey reveals a huge rise in the sale of plastic ‘bags for life,’ demonstrating the inadequacy of the current policy which is clearly not providing a strong enough incentive for people to stop using ‘bags for life’ as a single-use option,” the report reads.

Most reusable bag shoppers do not wash their bags once they return home, and the bags may be leading to food poisoning, according to Dr. Richard Summerbell, research director at Toronto-based Sporometrics and former chief of medical mycology for the Ontario Ministry of Health.[17] Because of their repeated exposure to raw meats and vegetables, there is an increased risk of foodborne illness. A 2008 study of bags, sponsored by the Environmental and Plastics Industry Council of Canada, found mold and bacterial levels in one reusable bag to be 300% greater than the levels that would be considered safe in drinking water.[18][19] The study does not differentiate between non-hemp bags and hemp bags, which have natural antimildew and antimicrobial properties.[20]

A 2010 joint University of Arizona and Limo Loma University study (sponsored by the American Chemistry Council, a trade group that advocates on behalf of disposable plastic bag manufacturers) they found that “Reusable grocery bags can be a breeding ground for dangerous foodborne bacteria and pose a serious risk to public health”.[21] The study found that 97% of users did not wash them and that greater than 50% of the 84 bags contained coliform (a bacterium found in fecal material), while E. coli was found in 12% of the bags.

Overall, those same supermarkets increased the volume of plastic packaging they put out—including the “bags for life”—by 18,739 tons (17,000 metric tons) from 2017 to 2018. “It’s shocking to see that despite unprecedented awareness of the pollution crisis, the amount of single-use plastic used by the UK’s biggest supermarkets has actually increased,” the EIA’s Juliet Phillips told the Guardian. The grocery stores’ plastic-footprint increase was caused in part by the reusable plastic bags.

“We have replaced one problem with another,” Fiona Nicholls, a Greenpeace UK campaigner who is one of the report’s authors, told the New York Times. “Bags for life have become bags for a week.” The bags, the report says, should be banned. Instead, customers could bring their own bags to the market. “When we go shopping, we should remember our bags like we remember our phones.”

Whizzy Crafts -By Naina
#Grocerybagcrochet #PLARN #recyclingpolythene A bit of my effort in reducing the use of plastic bags. In this video I tried to show how to Crochet with Grocery Poly bags and how we can re-use poly bags to make a bag for life and can avoid buying poly bags from grocery stores. We can convert poly bags in PLARN (Plastic Yarn) and can make a stylish, beautiful looking and sturdy bag for life using these Polythenes. With a little effort and no extra cost we can make this beautiful looking (& ever lasting) bag and can pay our part in saving mother earth. 🙂