The term workplace bullying describes a wide range of behaviors, and this complexity makes addressing it difficult and often ineffective. For example, most anti-bullying advice, from “anger management” to zero-tolerance policies, deals with more overt…

While the organizational costs of incivility and toxicity are well documented, bullying at work is still a problem. An estimated 48.6 million Americans, or about 30% of the workforce, are bullied at work. In India, that percentage is reported to be as high as 46% or even 55%. In Germany, it’s a lower but non-negligible 17%. Yet bullying often receives little attention or effective action.

To maximize workplace health and well-being, it’s critical to create workplaces where all employees — regardless of their position — are safe. Systemic, organizational-level approaches can help prevent the harms associated with different types of bullying.

The term workplace bullying describes a wide range of behaviors, and this complexity makes addressing it difficult and often ineffective. Here, we’ll discuss the different types of bullying, the myths that prevent leaders from addressing it, and how organizations can effectively intervene and create a safer workplace.

The Different Types of Bullying

To develop more comprehensive systems of bullying prevention and support employees’ psychological well-being, leaders first need to be aware of the different types of bullying and how they show up. We’ve identified 15 different features of bullying, based on standard typologies of aggression, data from the Workplace Bullying Institute (WBI), and Ludmila’s 25+ years of research and practice focused on addressing workplace aggression, discrimination, and incivility to create healthy organizational cultures.

These 15 features can be mapped to some of the common archetypes of bullies. Take the “Screamer,” who is associated with yelling and fist-banging or the quieter but equally dangerous “Schemer” who uses Machiavellian plotting, gaslighting, and smear campaigns to strip others of resources or push them out.

The Schemer doesn’t necessarily have a position of legitimate power and can present as a smiling and eager-to-help colleague or even an innocent-looking intern. While hostile motivation and overt tactics align with the Screamer bully archetype and instrumental, indirect, and covert bullying is typical of the Schemer, a bully can have multiple motives and use multiple tactics — consciously or unconsciously.

Caroline mediated a situation that illustrates both conscious and unconscious dynamics. At the reception to celebrate Ewa’s* national-level achievement award, Harper, her coworker, spent most of the time talking about her own accomplishments, then took the stage to congratulate herself on mentoring Ewa and letting her take “ownership” of their collective work. But there had been no mentorship or collective work.

After overtly and directly putting Ewa down and (perhaps unconsciously) attempting to elevate herself, Harper didn’t stop. She “accidentally” removed Ewa from crucial information distribution lists — an act of indirect, covert sabotage.

In another example, Ludmila encountered a mixed-motive, mixed-tactic situation. Charles, a manager with a strong xenophobic sentiment, regularly berated Noor, a work visa holder, behind closed doors — an act of hostile and direct bullying. Motivated by a desire to take over the high-stakes, high-visibility projects Noor had built, Charles also engaged in indirect, covert bullying by falsifying performance records to make a case for her dismissal.

Common myths about bullying — for example, that it’s simply “holding people to high standards” or having a “competitive personality” — suggest that bullying does not harm and may even spur performance. However, bullying and the myths about it hinder outcomes.

A common assumption is that bullies are often star performers and that high performance justifies bad behavior. However, the actual star performers are more likely to be targets than bullies. Bullies are usually mediocre performers who may appear to be stars, while in fact they often take credit for the work of others. Moreover, bullies are not motivated by organizational goals.

They’re driven by self-interest, often at the expense of organizations. Research indicates that bullies often envy and covertly victimize organization-focused high performers — those who are particularly capable, caring, and conscientious. Not only are bullies not the stars, but one toxic employee negates the gains of the performance of two superstars and likely creates additional costs.

The “motivation” myth justifies bullying as “management” or “motivation,” helping low-performing individuals improve. Indeed, low performers are more likely to experience bullying than mediocre ones — but it does not help them improve. Rather, it can further hinder performance, creativity, collaboration, and delivering on business goals due to employee distress.

Research has thoroughly documented that bullying is detrimental to individuals’ productivity and organizational outcomes. Unfortunately, even when organizations attempt to address it, the interventions are rarely effective.

Source: How Bullying Manifests at Work — and How to Stop It

It may be years before we comprehend the full ramifications of COVID-19 on our society and places of work. But while we are still learning to navigate the pandemic, we each have had to adapt our daily lives to respond to it.

Working women, in particular, are being impacted in profound ways, facing tremendous challenges and commonly taking on expanded duties at home while continuing to juggle their careers.

In order to understand how and to what degree women’s day-to-day lives have changed – and how they feel these changes could impact their careers – we recently conducted a survey of nearly 400 working women around the globe at a variety of career levels and spanning various industries.

What these women shared sheds light on the extent to which the pandemic is affecting their work/life balance, mental and physical health, and confidence in their long-term career prospects.

Over 80% of the women we surveyed said their lives have been negatively disrupted since the onset of COVID-19. Additional care giving responsibilities, extra household responsibilities, and heavier workloads were cited as common impacts, causing many women to experience negative tolls on their mental or physical well-being or feel unable to balance their work/life commitments.

Alarmingly, nearly 70% of women who have experienced these disruptions are concerned about their ability to progress in their career. And 60% questioned whether they actually want to progress when considering what they perceive is currently required to move up in their organization.

We should be concerned about these results in terms of the immediate impacts on women’s daily lives, the potential long-term effects on their future careers, and the broader threat to the progress made in recent years in achieving gender equality in the workplace. But our research also reveals how leaders can take action to mitigate these impacts.

Our survey asked women what employers could do to support them in progressing during and beyond the pandemic. Using their answers and other insights from our research around key barriers and enablers, we believe there are six important steps organizations can take to ensure women continue to progress:

1) Make flexible working the norm. Going beyond “working from home” to offer a range of options that enable everyone (not just working parents) to have a manageable work/life balance is critical for making progress on gender equality. Of the 60% of women surveyed who said they questioned whether they want to progress in their organizations, more than 40% cited lack of work/life balance as a reason. Moreover, just under half of those surveyed cited having more flexible working options as something their employer can do to help them stay longer term. But this is not just about policies – these options must also be underpinned by a workplace culture that supports employees in taking advantage of them without any fear of career penalty.

2) Lead with empathy and trust. The need for leaders and managers to have open and supportive conversations with their teams has never been stronger, and 44% of women surveyed said that having more regular team check-ins to understand how individuals are doing is a key action leaders can take. Open dialogue can help leaders understand any short-term constraints their employees face and make sure their long-term prospects within the organization are secured.

3) Promote networking, mentorship and sponsorship as ways to learn and grow. 46% of women surveyed told us that the provision of such opportunities would entice them stay with their employer longer-term.These resources can be meaningful platforms for career growth, provided they are offered in ways and at times that accommodate different schedules and needs.

4) Create learning opportunities that fit within employees’ daily lives. With 40% of women saying they want more learning and development opportunities,introducing approaches to learning and development that provide access to expertise and skills in flexible and practical ways can be key to supporting women, many of whom remain keen to take on more responsibilities despite the constraints imposed on them by the pandemic.

5) Ensure that reward, succession, and promotion processes address unconscious bias. With over half of those surveyed citing getting a promotion and/or a pay raise as actions employers can take to make them stay longer-term, it remains critical that organizations address unconscious bias in their reward and succession processes. This includes looking at these processes in the context of remote working and addressing any negative perceptions of unavoidable commitments outside work, such as caregiving responsibilities.

6) Above all, make diversity, respect, and inclusion non-negotiable. Of those women who said they were questioning whether they wanted to progress in their organizations, around a quarter cited lack of diversity, poor or no role models, and poor culture, and 30% cited non-inclusive behaviors experienced (e.g., microaggressions, exclusion from meetings/projects) as reasons. Beyond having the right policies and processes in place to advance gender diversity, leaders must address these non-inclusive “every day” behaviors, such as microaggressions and exclusion, through clear and visible action since this is clearly still a significant factor to ensure women remain engaged.

We are at an inflection point. With no end to the pandemic currently in sight, organizations must meet the call to support the women in their workforce and ensure they can thrive both personally and professionally—or our economy and society could face long-standing repercussions.

Emma Codd is Global Inclusion Leader for Deloitte and leads on the development and delivery of the global inclusion strategy.

CBS Sunday Morning 808K subscribers The pandemic has put many working moms in an impossible situation — doing their own jobs as well as those of teachers and childcare workers, on top of housework — and some women are finding their careers in jeopardy as they balance the demands from employers with their children’s needs.

Slightly more than a decade ago, I welcomed my second child into the world, while waiting to hear if I had been selected into a dermatology residency program. After five grueling years at the country’s top medical school—while raising two babies, and continuing to accrue debt—I was more than eager to start my life as an actual doctor. Today, I am a board-certified dermatologist and dermatologic surgeon specializing in hair restoration, ethnic skin care, and skin cancer surgery in Kansas City and New York City. The immense amount of unwavering determination and hard work that was necessary to arrive at this point in my career cannot be understated…….

Source: Where You Want To Be: The Meaning Of Mentorship 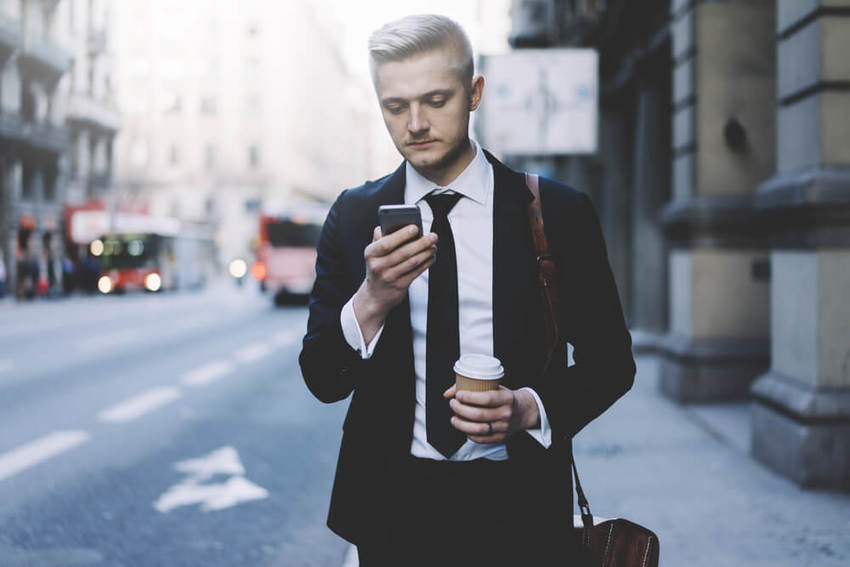 When you’re looking for professional advice, it seems Facebook might be a better place to look than LinkedIn.