While making digital the main channel of customer engagement, banks are also looking to move beyond business as usual, says Amit Anand, a Vice President in Cognizant Consulting’s Banking and Financial Services.

COVID-19 made online channels indispensable for bank customers, including those who preferred in-person banking. This accelerated their digital strategies and created an opportunity to go beyond the basics and become partners in their customers’ pursuit of financial wellness.

As banks bet big on digital, they are looking at technologies such as AI, advanced analytics, and automation to provide personalization, prediction and speed in creating powerful customer experiences. Banks are also increasingly relying on machines to automate repetitive tasks and make complex decisions, creating demand for human skillsets that complement intelligent machines.

Cognizant’s Center for the Future of Work (CFoW), working with Oxford Economics, recently surveyed 4,000 C-level executives globally, including 287 senior banking and financial services executives to understand how banks are adapting to fast and dramatic changes.

The earliest forms of digital banking trace back to the advent of ATMs and cards launched in the 1960s. As the internet emerged in the 1980s with early broadband, digital networks began to connect retailers with suppliers and consumers to develop needs for early online catalogues and inventory software systems.

By the 1990s the Internet became widely available and online banking started becoming the norm. The improvement of broadband and ecommerce systems in the early 2000s led to what resembled the modern digital banking world today. The proliferation of smartphones through the next decade opened the door for transactions on the go beyond ATM machines. Over 60% of consumers now use their smartphones as the preferred method for digital banking.

The challenge for banks is now to facilitate demands that connect vendors with money through channels determined by the consumer. This dynamic shapes the basis of customer satisfaction, which can be nurtured with Customer Relationship Management (CRM) software. Therefore, CRM must be integrated into a digital banking system, since it provides means for banks to directly communicate with their customers.

There is a demand for end-to-end consistency and for services, optimized on convenience and user experience. The market provides cross platform front ends, enabling purchase decisions based on available technology such as mobile devices, with a desktop or Smart TV at home. In order for banks to meet consumer demands, they need to keep focusing on improving digital technology that provides agility, scalability and efficiency.

Seven Ways to Capitalize on Digital

For more, read our paper “The Work Ahead in Banking: The Digital Road to Financial Wellness”.

Amit Anand is Vice President and North American Practice Leader for Cognizant Consulting’s Banking and Financial Services. Amit has 20 years of experience with firms such as Accenture, Infosys and Cognizant. He has successfully led and managed large business transformation, digital and IT transformation, and associated organizational change management for several financial services clients. Amit is a recognized thought leader with more than 15 publications on topics such as Open Banking, Digital 2.0 and new-age operating models. He can be reached at Amit.Anand@cognizant.com

Manish Bahl leads the Cognizant Center for the Future of Work in Asia-Pacific and the Middle East. A respected speaker and thinker, Manish has guided many Fortune 500 companies into the future of their business with his thought-provoking research and advisory skills. Within Cognizant’s Center for the Future of Work, he helps ensure that the unit’s original research and analysis jibes with emerging business-technology trends and dynamics in APAC, and collaborates with a wide range of leading thinkers to understand and predict how the future of work will take shape. He most recently served as Vice President, Country Manager with Forrester Research in India. He can be reached at Manish.Bahl@cognizant.com

The irresistible rise of digital banking

What really is “digital banking”? Consensus on this oft-used term’s meaning eludes

Will cash disappear? Many technology cheerleaders believe so, but as Rose Eveleth discovers, the truth is more complicated

Online banking fraud has doubled since 2011

Security Flaws in Online Banking Sites Found to be Widespread

Beyond Banks and Money: A Guide to Banking Services in the Twenty-First Century

The Most Innovative Fintech Companies In 2021

Vietnam closes in on Singapore as fintech funding booms

Stockholm FinTech: An overview of the FinTech sector in the greater Stockholm Region

How FutureAdvisor plans to shake up wealth management 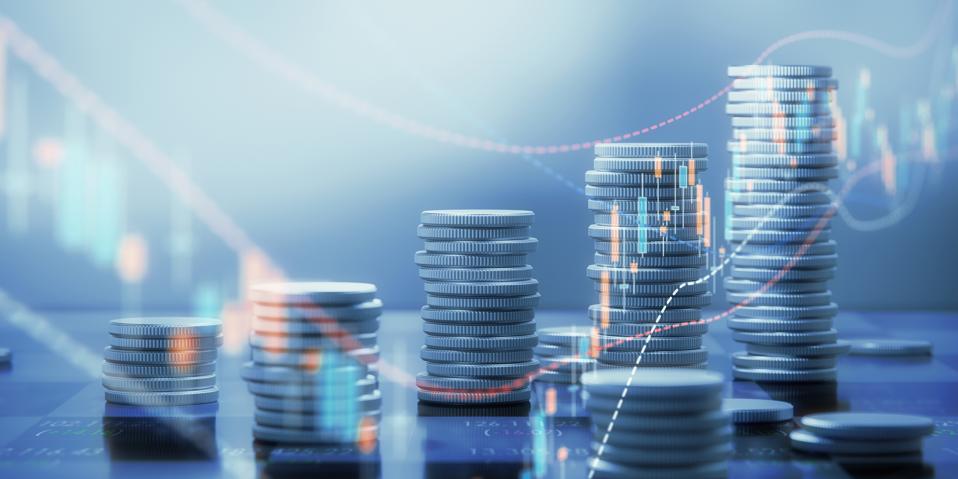 Once upon a time, in the (somewhat mythical) past of traditional defined benefit pensions, your employer protected you from the risk of outliving your money in retirement, by acting, more or less, as an insurance company providing an annuity. With that benefit receding into the past, many experts have been hoping that Americans with 401(k) plans would avail themselves of annuities on their own, to give themselves the same sort of protection, and, indeed, the SECURE Act of 2019 made it easier for those plans to offer their participants an annuity choice, and, when surveyed, 73% of those participants said they would “consider” an annuity at retirement.

At the same time, though, Americans distrust annuities — in part because traditional deferred annuities had high fees and expenses and only made sense in an era predating IRAs and 401(k)s, when they were attractive solely due to the limited tax-advantaged options for retirement savings. But that’s not the only reason — annuities, quite frankly, aren’t cheap.

How do you quantify the value of an annuity? In one respect, it’s subjective and personal: do you judge yourself to be in good health, or does family history and your list of medications say that you’ll be one of those with the early deaths that longer-lived annuity-purchasers are counting on? Do you want to be sure you can maintain your standard of living throughout your retirement, or do you figure that you won’t really care one way or another if you have to cut down expenses once you’re among the “old-old”?

But measuring the value of annuities, generally speaking, does tell us whether consumers are getting a fair deal from their purchases, and here, a recent working paper by two economists, James Poterba and Adam Solomon, “Discount Rates, Mortality Projections, and Money’s Worth Calculations for US Individual Annuities,” lends some insight.

Here’s some good news: using the costs of actual annuities available for consumers to purchase in June 2020, and comparing them to bond rates which were similar to the investment portfolios those insurance companies hold, the authors calculated “money’s worth ratios” that show that, for annuities purchased immediately at retirement, the value of the annuities was between 92% – 94% (give-or-take, depending on type) of its cost. That means that the value of the insurance protection is a comparatively modest 6 – 8% of the total investment.

In the first place, the authors calculate their ratios based on a standard mortality table for annuity purchasers — which makes sense if the goal is to judge the “fairness” of an annuity for the healthy retirees most likely to purchase one. But this doesn’t tell us whether an annuity is a smart purchase for someone who thinks of themselves as being in comparatively poorer health, or with a spottier family health history, and folks in these categories would benefit considerably from analysis that’s targeted at them, that evaluates, realistically, whether annuities are the right call and whether their prediction of their life expectancy is likely to be right or wrong.

In the second place, the 92% – 94% money’s worth calculation is based on the typical investment portfolio of insurance companies, approximated by the returns of BBB-rated bonds. This measures whether the annuity is “fair” or not, in that “moral” sense of whether the perception that the company is “cheating” is customers is real (it’s not).

But these interest rates are very low. The authors, in addition to their calculations of “money’s worth,” back into the implied discount rate from the annuity costs themselves. For men aged 65, that interest rate is 2.16%; for women aged 65, 2.18%.

Now, imagine that you compare this annuity to an alternative plan of investing your money in the stock market, earning 7% annual returns, and believing you can predict your death date (or not really caring if you fall short or end up with leftover money for heirs).

The cost of the protection offered by the annuity, the guarantee that you will never run out of money, and that you will not suffer from a market crash, is very expensive indeed — when you compare apples to oranges in this manner, the money’s worth ratio is, according to my very rough estimates, more like 60%, meaning that about 40% of your cash is spent to purchase the “insurance protection” of the annuity.

And, again, that’s not because insurance companies are cheating anyone; that’s solely because of the wide gap between corporate bond rates and expected returns when investing in the stock market— a gap which was particularly wide in the summer of 2020 when this study was competed, but remains nearly as wide now.

As it stands, Moody’s Baa rates are in the 3% range; in the 2000s, they were in the 6% range, and in the 1990s, from 7% – 9%. Although this drop in bond rates is good news for American homebuyers because this marches in tandem with mortgage rates, it makes it far harder for retirees to manage their finances in ways that protect them from the risks that they face in their retirement.

Perhaps interest rates in general, and bond rates specifically, will increase as we leave our current economic challenges, but there’s no certainty, and as long as this gap between bond rates and expected stock market returns remains so substantial, retirees will be challenged to find any sort of safe investment that makes sense for them. Which means that what seems like a great benefit for Americans looking to borrow money — for mortgages, car loans, credit cards — can pit the elderly against the young in a generational “us vs. them” contest.

Yes, I’m a nerd, and an actuary to boot. Armed with an M.A. in medieval history and the F.S.A. actuarial credential, with 20 years of experience at a major benefits consulting firm, and having blogged as “Jane the Actuary” since 2013, I enjoy reading and writing about retirement issues, including retirement income adequacy, reform proposals and international comparisons.

Source: Do You Get Your Money’s Worth From Buying An Annuity?

An annuity is a series of payments made at equal intervals.[1] Examples of annuities are regular deposits to a savings account, monthly home mortgage payments, monthly insurance payments and pension payments. Annuities can be classified by the frequency of payment dates. The payments (deposits) may be made weekly, monthly, quarterly, yearly, or at any other regular interval of time. Annuities may be calculated by mathematical functions known as “annuity functions”.

An annuity which provides for payments for the remainder of a person’s lifetime is a life annuity.