In the dizzying world of technology startups, it’s easy to get lost in the hype of hot trends such as AI, blockchain, VR/AR and machine learning. What is often forgotten is the fact that some of the best startups in the world solve the simplest of problems.

This is exactly the approach that Pascal Henry, who is the CEO and cofounder of HReasily, took when he identified the fundamental needs of rapidly growing SMEs–to manage their human resources more efficiently.

Henry launched his Singapore-based HR firm in late 2015 as a Software-as-a-Service (SaaS) business that enables companies to increase productivity by using technology to streamline traditional processes such as payroll processing, leave management and expense claims.

“When I was running my first startup in Singapore, I had to do a lot of the manual processes myself. I felt the pain and the drain of it,” explains Henry. “It was taking up a lot of my time and energy, when I should have been focusing on building my business.”

HReasily’s mission is simple: To innovate and automate HR throughout the world. As one of the fastest-growing cloud-based HR SaaS companies in the region, their simple modules and features aim to transform many of the legacy HR processes and automate them to be accessible anytime and anywhere. Currently the company offers seven modules including payroll, staff leave, employee contracts and attendance. As HReasily grows, it continues to add product lines aimed at empowering companies to scale faster.

Previously, many businesses used solutions that each looked after a particular silo of an HR department. So you’d have one system to manage your payroll calculations, one for leave and others for other functions.

“What happened was you had to log in and out of many various systems, and these systems cost a huge amount of money,” says Henry. “What we’ve done is build a solution that is very affordable that integrates with all the functions on a unified platform.”

A simple but elegant business model HReasily runs a subscription-based revenue model. Starting with payroll, which is at the core of every traditional HR office, the company offers premium versions that run on monthly or yearly subscriptions, with add-on modules available such as staff leave and time attendance. This past summer at the RISE 2019 conference in Hong Kong, Henry and his team unveiled their latest benefits management module which will soon allow customers to acquire group level insurance, healthcare and even apply for credit cards or loans.

HReasily says its competitive advantage lies in its customer base, which is mostly SMEs. By initially focusing on the fundamental needs of this particular segment, the company has earned the support of larger banking and government agencies and has become known as an “SME champion.” Not surprisingly, as the company has grown it says that it began to attract larger corporations, publicly listed companies, multinational corporations and even payroll outsourcing firms.

“As we grew we acquired a more diverse customer base,” Henry says, “because a lot of larger companies are tired of the older and expensive solutions because they need to be installed on premise and they require a refresher every year when rules and regulations change.”

Partnerships are the key to rapid growth

Being based in Singapore has allowed HReasily to capitalize on the rapid growth in Southeast Asia. SME’s account for 97% of all the enterprises in the region, and employ half of the workforce, according to data from Asia-Pacific Economic Cooperation (APEC). HReasily’s growth has been nothing short of impressive. With nearly 30,000 companies on their platform and more than 100 new companies onboarding every day, HReasily is said to be growing rapidly in Singapore, Hong Kong, Malaysia, Indonesia, the Philippines, Thailand, Cambodia and Vietnam.

Some of HReasily’s notable customers include Love Bonito (in Singapore, Indonesia, Malaysia and Hong Kong), Sambat Finance (Cambodia), OnlinePajak (Indonesia) and TechInAsia. As the company looks to complete their coverage of Asia, the next major market they look to tackle is mainland China followed by Taiwan, Japan, Myanmar and Australia.

Investors have taken notice of the company’s growth as well. Fresh off a pre-series A funding round of $5 million from Envy Capital, HReasily is currently estimated to be valued at more than $100 million. Henry admits that the company’s rapid growth in the region has only been possible with the early support from their key strategic partners.

HReasily has been working with Citibank, Mazars and Stripe. The partnership with Mazars, which was a lead investor from the startup’s first round of funding, gives them access to a global audit, advisory and payroll outsourcing firm with 300 offices in 100 countries. Henry says it allows HReasily to localize its solutions to each individual market.

“Today, building a solid ecosystem of strategic partners is very important because you come from different angles, but you all serve one customer, which is the SME or the business,” says Henry. “By coming together, we collectively create a great end-to-end experience for them. There’s strength in numbers.”

Jay Kim is a full-time investor and the host of the popular podcast The Jay Kim Show, Hong Kong’s first dedicated podcast on entrepreneurship and investing in Asia. Inc. Magazine has named The Jay Kim Show one of the top three podcasts from Asia which are inspirational and useful to entrepreneurs. Jay is an avid supporter of the start-up ecosystem in Asia and frequently consults with leaders in local government on topics related to technology, entrepreneurship, early-stage investing and startups

HReasily
45 subscribers
Is your administration work taking too much out of your time? HReasily provides HR solutions for payroll processing, leave and claims management, employee scheduling and time attendance, so that business owners can focus on growing their businesses.

Music in this video

Imagine if in just minutes from now you could have access to four of the most powerful and bestselling software applications on JVZoo.And now Imagine you ALSO get Agency Rights & Full Commercial Rights To EACH Of the Apps – Meaning that you can use them with your clients & to generate Revenue RIGHT AWAY!

How Amazing would that be?But, we’ve decided to go a bit crazy here – Now Imagine you’d ALSO get 100% Commission For EACH Software if you decide to promote them. This means when you make a sale, YOU KEEP 100% of the profits period.

Login to the cloud software and choose from 100+ DFY lead magnets,​You can connect to your autoresponder… Over 250+ autoresponders supported. No worries if you don’t have an autoresponder yet. There is an inbuit system for you. ​Activate the viral traffic software and use the marketing assets (emails, viral post, etc) to drive traffic to your squeeze pages and add 100s of subscribers daily…

​Everything you need to setup your own 6-figure Video Marketing consulting business. Video is hot and converts really well. Business owners are aware of this and are seriously looking for consultants that will help them create videos.

Deliver using any of the video creation tools you bought in the past or outsource to a freelancer on Fiverr. We will connect you to awesome freelancers we have personally worked with who deliver for less than $50. Floor them with your professional looking agency website showcasing your stunning videos. They would be signing checks in your name in no time.

​Everything you need to setup your own successful Mobile app agency business and slice your own share of the multi-billion-dollar app industry… even if you know nothing about apps. There are millions of businesses who are willing to pay thousands of dollars to agencies who will create mobile apps for them.

Red Hat was up for sale for quite some time, according to some sources. Several potential buyers passed on the opportunity, including Google. But not IBM. IBM paid big bucks for the open source software solutions company. At a price tag of $33 Billion. That makes Red Hat valued at one-third of IBM’s current market cap, and more than twice Big Blue’s cash chest. What did IBM see in Red Hat that others are missing? Simple. A strategic fit that could help the technology giant expand into emerging segments of the IT industry, and turn its fortunes around…….

For every successful software seller, there are 10 or more other marketers that have failed miserably. Usually this has less to do with the product than the process used to develop and sell the software. With the right plan, you can make unfair profits marketing software. including recurring and evergreen income. Most people that try to launch software fail because they don’t understand the key fact that business comes first.

A software idea that you think is great will flop if the market doesn’t feel the same way. Luckily, there’s a way to find out ahead of time exactly what types of software will make you the most amount of money for the least possible risk. If you’d like to run a profitable, scalable and evergreen software business, you’re on the right page. A step-by-step system for developing and successfully launching software products like no other — It’s the EXACT same system I’m sharing with you today.

Snap Reviews Pro. This tool will allow you to make beautiful review pages for all types of reviews like product reviews, service reviews and much more
http://bit.ly/2dGQ6iF

AutoSoci. The Number 1 MOST Powerful Customer-Getting Software That Turns Visitors Into BUYERS on AUTOPILOT
http://bit.ly/2dGQ6iF 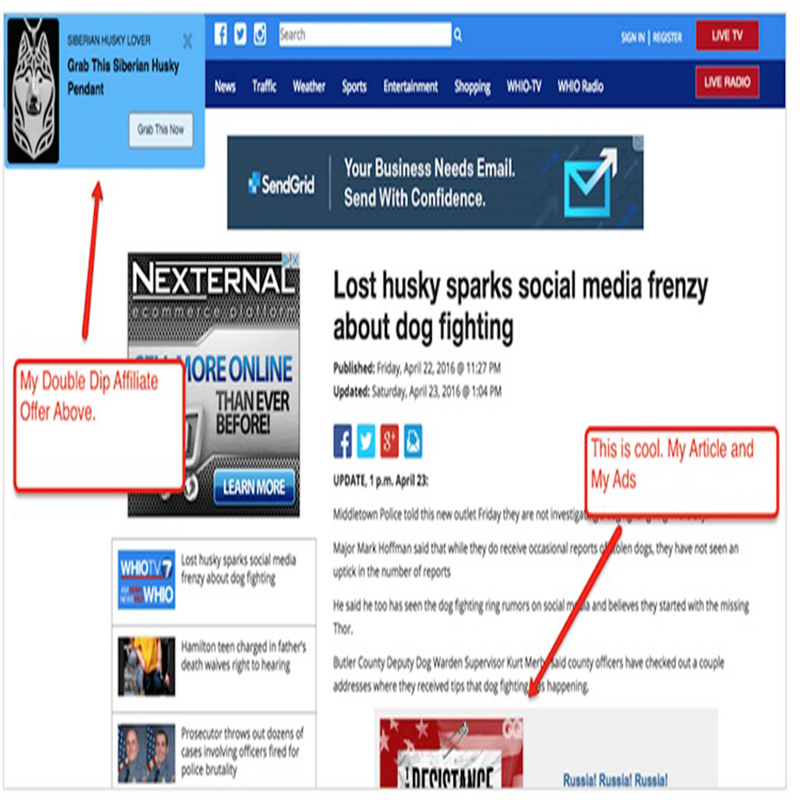