It’s that time of year. No, I’m not thinking of Veganuary (I can’t even pronounce the word), no, I’m thinking of that time of year when most retailers declare their Christmas trading figures…..kind of. Because as we know, reporting periods are massaged and margin and returns are never disclosed.

However, although we may have to reach for a rather large pinch of salt, the annual list of Christmas winners and losers still gives a good indication of the relative state of the market.

A quick look at the Retail Week Golden Quarter league table for Christmas 2019 trading is at once both revealing, and depressingly predictable.

The Liverpool of the retail industry? Boohoo, who else? Closely followed by ASOS. Meanwhile, a scan further down the table shows the Norwich City’s of the retail world have one thing in common: a) they are older more established businesses who b) have their heritage grounded firmly in bricks and mortar retailing.

As with everything, there are some notable exceptions such as Fortnum & Mason, Primark and Pets at Home, however these are businesses who have a very clear sense of their purpose and brand identity and largely succeed because of that.

The remainder sit firmly within a retail category which is increasingly being polarized, differentiating itself by being average, uninspiring and mediocre. To what am I referring? Legacy retail. 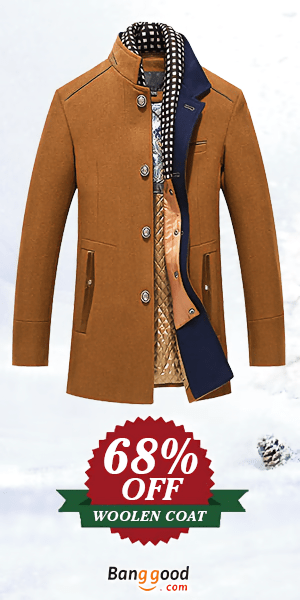 Earlier this month, I was in New York for the annual retail festival otherwise known as NRF. And NRF 2020 will go down as something of a watershed conference for retail. Why? Because, the world is changing, consumer attitudes are changing and the conference reflected this shift towards a more human-centric, planet first, sustainable agenda.

Perhaps for the first time, the nature of the purpose of retail and of retail businesses is being openly questioned and challenged. To earn a profit for their shareholders or to do good for the planet. Or both? How retail businesses will be measured in the future as we move through this decade will be very different from today.

And in the twenties, this will have profound implications for legacy retail which will continue its, inexorable and predictable slide into oblivion. Here are five reasons why.

Silo’ed, vertical, hierarchical, top-down, command and control – sounds familiar? Virtually every retail business would say that they are customer focused, however the way they are organised is totally the opposite.

Instead of putting an emphasis on working as one business, powerful fiefdoms emerge, competing for resources in ways which ultimately may benefit them but not the holistic enterprise.

While many traditional metrics, which have served retail for decades, are still entirely appropriate, there are others which have no place in new retail. They no longer reflect the changing landscape of retail and the new ways in which success and the path to growth should be measured.

Legacy retail still clings to a sales first business model where everything revolves around the Monday morning sales meeting. Let’s be honest, many still have difficulty in sales attribution in an online world. Listen to a newer start-up retailer and they simply refer to sales, they don’t differentiate between online and physical because it’s all one entity.

For those still measuring sales per square foot, see you later.

It’s all very well having clever, digital natives in your marketing, merchandising, IT and commercial departments but if the very top of the business isn’t on the same wavelength, you’re wasting your time.

Sadly, the board of most legacy retailers is anything but digitally savvy. This is important for two very good reasons. Investment decisions abound and there will always be a list longer than the budget allows.

But sometimes, instinct rather than hurdle rate, needs to take precedence. This is where a digitally enabled board can make the difference between success and failure.

Spoiler alert: we’re still only scraping the surface of the potential for social engagement and social selling in retail. Legacy retail doesn’t really do social. It should, it really should. According to Maybe* the average social user spends two hours twenty two minutes each day scrolling through their social media feed.

Which is where they would see all that wonderful engagement from legacy retail. Except they don’t. Because for legacy retail, the priority is on measuring footfall, sales per employee and other meaningless metrics.

Ever asked yourself, how is my customer feeling? Give it a try, it just might surprise you.

Perhaps I’m being a little harsh on legacy retail? After all, aren’t they caught in a perfect storm, the like of which has never before been experienced? What were those reasons for poor performance again? Let’s see if I can remember them, in no particular order:

But you don’t hear new retail bleating about external factors. That’s because they have a clear sense of purpose, a laser focus on their brand and what it stands for and above all they know and engage with their customers.

Thankfully, there will always be those who come along to take the place of legacy retailers – on the high street and on our smartphones. And there will always be glorious exceptions to the rule where a sense of brand, authenticity, artisan, inspiration and excitement abound within their DNA.

But sadly, for many, the new rules of retail coupled with the new consumer, and an inability to reinvent, will mean only one thing. But as has always been the case, retail is an abundantly resilient industry and what we will witness this decade will be the rejuvenation of retail.

And for that reason alone, we have cause for optimism.

For this, my 100th post for Forbes, I asked my Twitter audience what subject they most wanted me to write about. Legacy retail emerged an overwhelming favorite

I am a retail analyst, writer, and keynote speaker on retail challenges and trends with a focus on consumer behavior, customer experience, and technology disruption. Prior to founding Retail Reflections, during my 20-year retail career, I held senior positions at Kingfisher and Superdrug and have worked with many of the UK’s leading retailers. I’ve been named a top retail influencer by several publications and my observations on the High Street and many aspects of retail regularly appear in the press.

Walmart became the latest major store to exceed earnings estimates Wednesday, and shares of the company climbed in pre-market trading. The Walmart news might help give the rest of the market a lift, but Brexit worries have the dollar on the rise again. Walmart earnings of $1.08 per share beat third-party consensus of $1.01, while revenue of $124.9 billion came in just shy of estimates. Walmart also raised fiscal 2019 guidance, and said ecommerce sales—a closely-watched area—rose 43%. That was well above estimates of 35% to 40%, and came as U.S. same-store sales……………