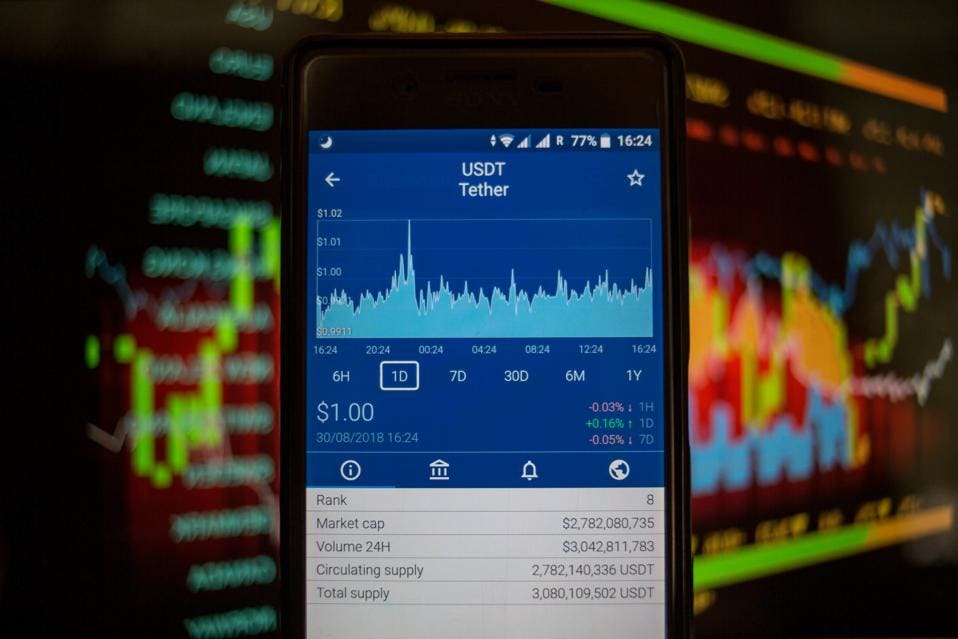 USDT is the foremost stablecoin in the crypto world. Pegged one for one to the U.S. dollar, it is widely used as a vehicle for getting dollars in and out of crypto exchanges. Crypto enthusiasts will tell you that holding USDT (“Tethers”) is the same as holding dollars. But now, Tether, the issuer of USDT, has now admitted that Tethers are not 100% backed by actual dollars. The peg is no longer credible. And Tether itself has morphed into something all too familiar.

BANGKOK, THAILAND – 2018/08/30: A smartphone displays the Tether market value on the stock exchange via The Crypto App. (Photo by Guillaume Payen/SOPA Images/LightRocket via Getty Images)Getty

Here’s how Tether’s claim of 100% actual currency backing has changed during the coin’s existence. This is what their website originally said:

There has never been a “professional audit” of the reserves. After lots of people pointed this out, the wording on the website subtly changed:

Lots of people questioned the “professional verifications”, too. So Tether simply removed all reference to them. It still retained the claim to 100% currency reserves, though:

But the rumors persisted. And now, it seems, they were justified. This is what Tether’s website now says:

It’s a very risky fractional reserve bank, too. Loans that you can’t sell, can’t pledge for cash, and may or may not be able to call are not by any stretch of the imagination “reserves.” No regulator would let a licensed bank get away with this, even though licensed banks have Fed backing and FDIC insurance. Tether may regard one USDT as the same as one U.S. dollar, but without either the reserves or the central bank backing to guarantee this, its words are empty. The Fed isn’t going to step in and bail it out.

Perhaps crypto enthusiasts should read up on the fate of Reserve Primary Fund in 2008. Or perhaps Venezuela. After all, an exchange rate peg only holds until the reserves run out…

The crypto world has taken another large step towards becoming a simulacrum of the existing financial system without any of its (admittedly inadequate) safeguards. This is supposed to be progress?