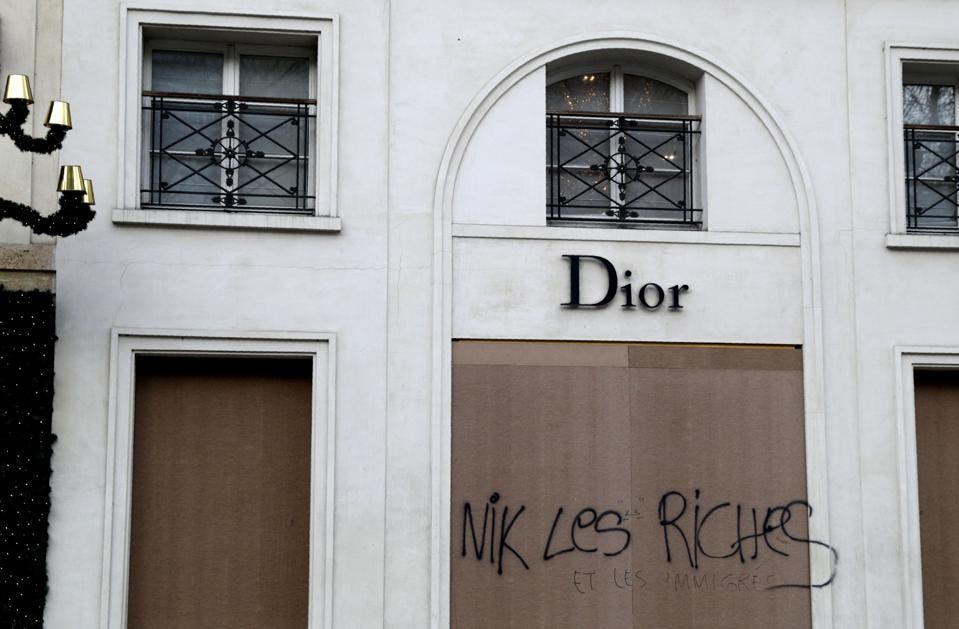 Academic and author Rainer Zitelmann has reason to worry. In writing his latest book, The Power of Capitalism: A Journey Through Recent History Across Five Continents, he has witnessed a growth of socialism and anti-capitalism throughout the world.

More worryingly, he says, these movements have taken an anti-rich stance. “I think we have now worldwide an attack on the rich and an attack on capitalism,” Zitelmann says in conversation over his new book.

Examples of this “attack” are commonplace in the countries Zitelmann has studied: Proposals for a wealth tax in the U.S. from Senator Elizabeth Warren and in the U.K. from the Labour Party.

Nor is this war on wealth about political views from the left or the right, he warns: “In France, you have a socialist and anti-capitalist movement. Even the right-wing people there are socialist”.

In December, France’s Yellow Vest (Gilets Jaunes) movement labeled president Emmanuel Macron “president of the rich”, as they torched luxury cars and shops on the Champs-Élysées.

Then, when France’s billionaires donated their millions to re-build Notre Dame, the same movement criticized them for not donating to other causes. 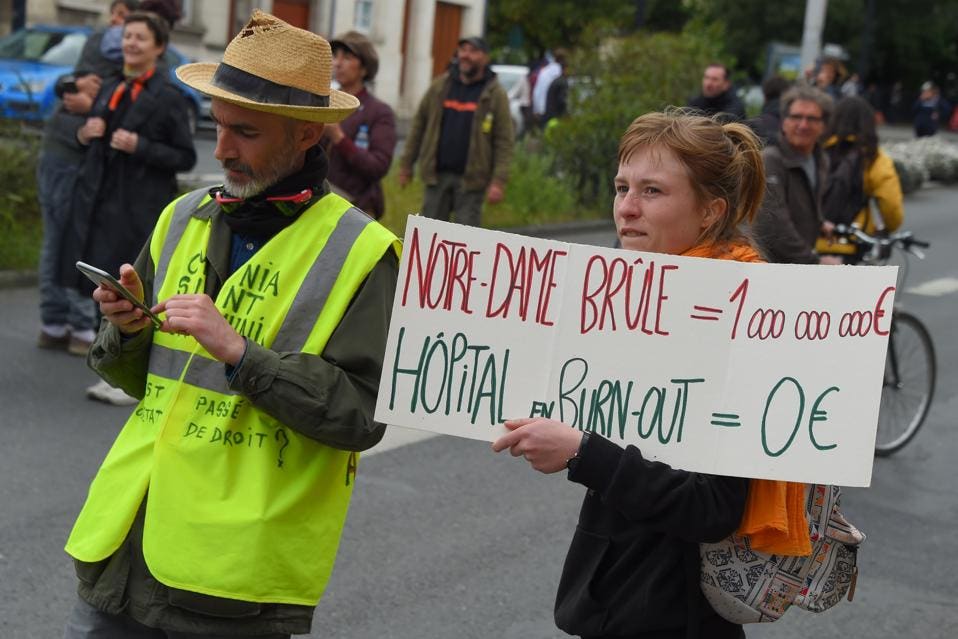 A protester holds a placard reading in French “Notre-Dame (of Paris) = one million euros, Burn out at hospitals = zero euro” during a demonstration called by the Yellow Vest (Gilets Jaunes) (NICOLAS TUCAT/AFP/GettyImages)

“We have a stronger socialist movement than we had before,” Zitelmann says. 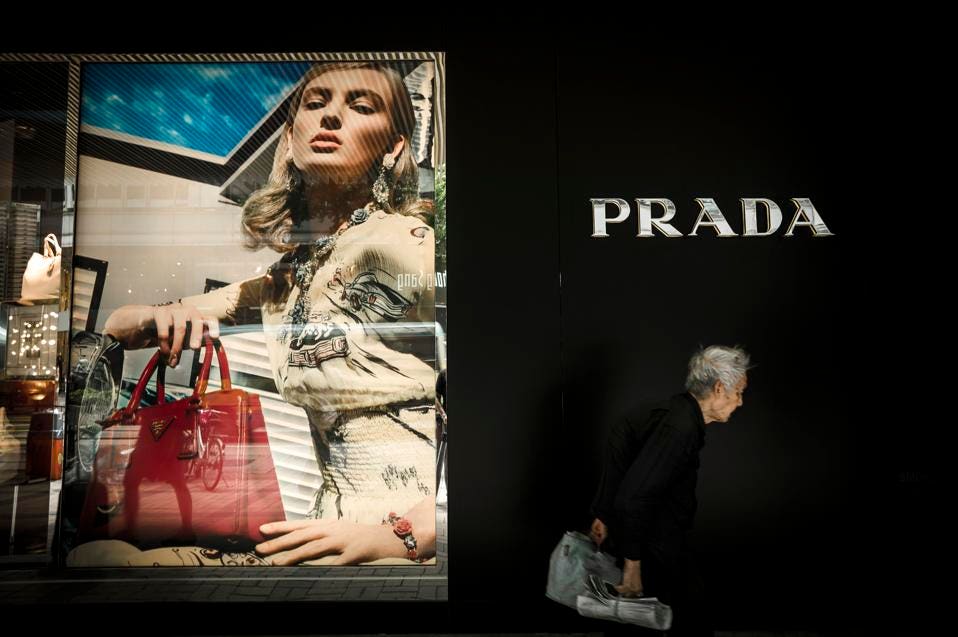 The Front Lines Are Drawn

Whatever your political viewpoint, it is not impossible to see why somebody might be anti-rich.

Global inequality has grown since the financial recession in 2008. According to a report by Credit Suisse last year, the top 1 percent of global wealth holders held 42.6 percent of all household wealth in 2008. This rose up to 47.2 percent in mid-2018.

While Zitelmann agrees with parallels drawn with 2008, he says the rich are not the ones to blame for the worldwide recession: “I criticize the policy of the central banks especially the European Central Bank”.

In the witchhunt for somebody to blame, however, the finger was pointed at the wealthy. “This is what happens always in history where there are bad things happening and they are hard to understand: They look for scapegoats”, Zitelmann asserts.

“This is what they criticize – the gap between the poor and the rich. But I think that’s the wrong question. I’m concerned about the poverty in the world and not relative to the divide between the rich and the poor.”

How The Rich Should React

What happens if you run a successful business: You have played by the rules, struck lucky perhaps, and made a lot of money in the process. How do you react to this public backlash against your bank balance?

Many are keeping a low profile. A growing number of wealthy are curbing their ostentation. The rich today try not to look rich, let alone talk about it.

Merz’s wealth quickly became the headline, however. “I’m upper middle class”, said Merz in an effort to deflect criticism of his privilege, which included ownership of two private jets. 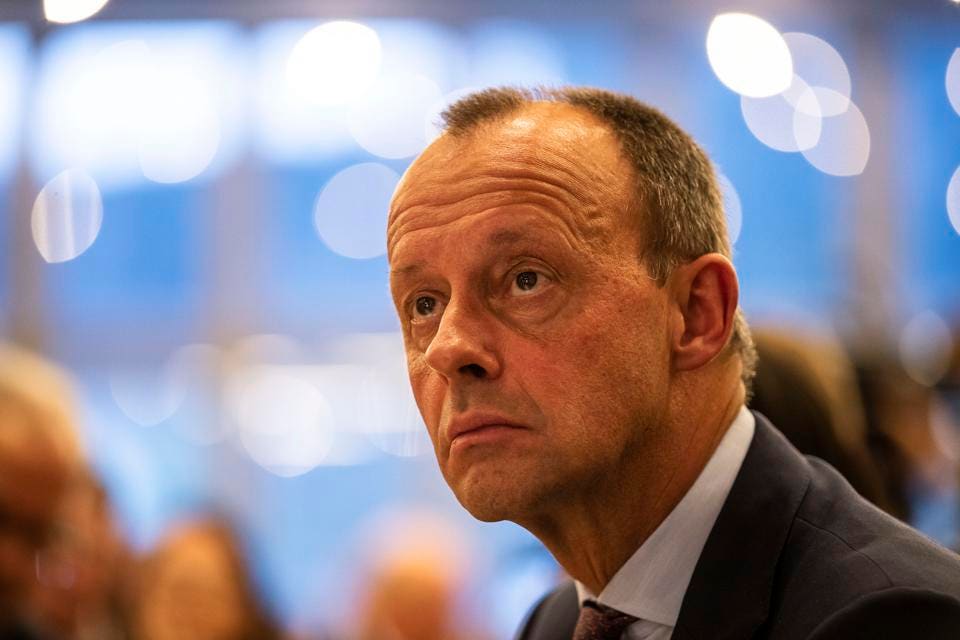 The debate over his wealth grew as Merz first denied and then accepted that he was a millionaire.

“This is crazy,” comments Zitelmann. The rich should not be apologetic, he believes. “They should stop being defensive and start to explain why rich people are good for society and not bad for society.

“For me its the wake-up call for rich people.”

I write about the vast fortunes of Europe’s wealthy amidst the continent’s political ups and downs. I cover where their money ends up:

Source: “The Attack Against The Rich Has Begun,” Wealth Author Warns