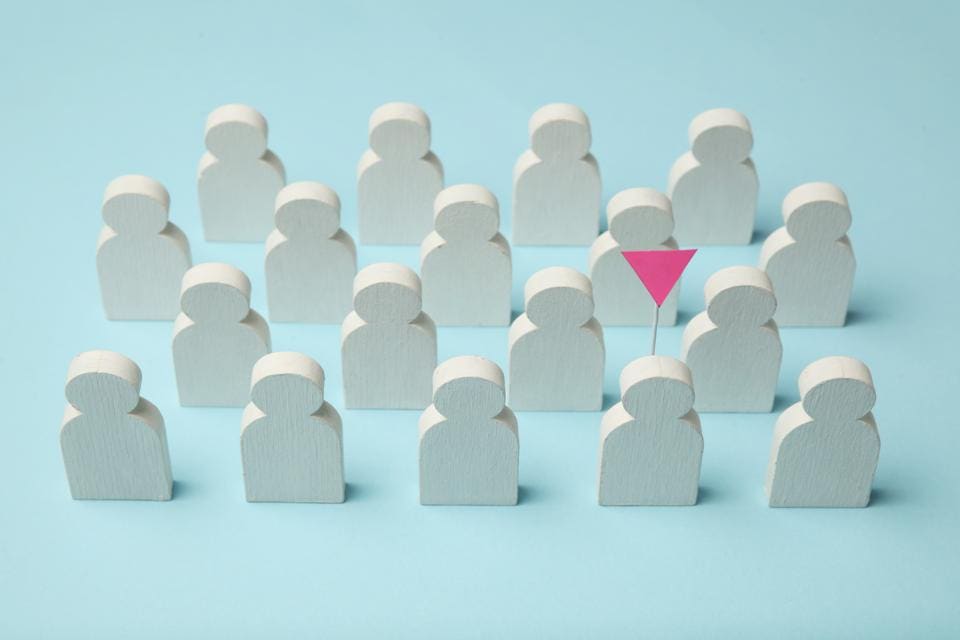 Have you ever stopped to think how absurd recruiting is? You meet a company for a total of two hours or at most two days and then you—and the company—basically have to decide if you want to enter a long, committed relationship.

The hiring market is so inefficient that when a firm finds a suitable candidate it’s tempting to extend an offer. Likewise, when a candidate finds an fine job, one for which they may still feel overqualified, they are tempted to sign on the dotted line.

But even when both parties choose to swipe right, the stakes for committing are very high.

The Cost Of Recruiting

Accepting a job is like a legal marriage. You can usually leave at any time, but the associated costs can really add up. Job switching costs for an employee, both in time and money, are high. Firing, for a firm, is equally expensive. There’s the severance cost, the training costs, the cost of the burden placed on existing employees who have to temporarily pick up the slack. And in countries with rigid employee protection regulation, firing costs easily skyrocket.

In a recent Harvard Business Review article on recruiting, the Society for Human Resource Management estimated that firms spend “an average of $4,129 per job in the United States…and many times that amount for managerial roles—and the United States fills a staggering 66 million jobs a year.”

When you’re young, there’s often a taboo around getting a job through a connection. But when you’re old(er), you’re foolish if you try to get a job without a connection. Companies don’t want to risk hiring someone bad; they would much rather hire someone who comes with a reference, a known quantity. But this introduces all sorts of unconscious bias into the process and essentially makes an organization a vehicle for sourcing talent from a small pool of networks.

Many companies try to introduce new hiring practices to address the inherent problems in hiring. Young tech startups, probably with the influence of Google, have introduced a variety of new ways to recruit talent. But I was interested to see the change seep into the psyche of two of the most reputable companies in business: the consulting firm McKinsey and the financial services firm Goldman Sachs.

McKinsey recently introduced a digital assessment gaming tool. The tool is a video game of sorts. It’s 60 minutes long and consists of three separate blocks. Each section simulates a bunch of different scenarios that tests candidates on their way of thinking and decision-making. The assessment explicitly doesn’t test business knowledge. The game was designed to identify “how you think and approach problems regardless of your background.”

In its most basic form, management consulting is the business of problem-solving. Developing a tool that tests candidates on the core of the business while trying to remove cognitive bias is, in my opinion, a great idea. Cognitive psychology has proved that left to our own fallible human devices, we choose to hire people who are most like us, which perpetuates a single-minded culture.

But the test serves another, perhaps unintentional, purpose: it attracts candidates who find this type of assessment appealing. I admit as a consutlant, as soon as I heard about this new simulation, I wanted to apply to McKinsey just so I could take the test. Some people hate the unknown and ambiguity of problem-solving. But as a manager, I need to hire people who are easily captivated by the challenge of that ambiguity.

Goldman Sachs is another establishment that has rejiggered its recruiting process over the last few years with the introduction of video interviewing.

Historically, Goldman used to send recruiters and hiring managers to top “feeder” schools to recruit―the arguable assumption being that they would find the highest concentration of talented, high-caliber candidates at those schools. This approach is naturally constrained by the number of people you can push out to interview. The big advantage of their new virtual approach is they can conduct video interviews with potential hires from a much broader and more diverse range of schools and backgrounds.

In 2015, the year before we rolled out this platform, we interviewed fewer than 20% of all our campus applicants; in 2018 almost 40% of the students who applied to the firm participated in a first-round interview.

Second, we now encounter talent from places we previously didn’t get to. In 2015 we interviewed students from 798 schools around the world, compared with 1,268 for our most recent incoming class. In the United States, where the majority of our student hires historically came from ‘target schools,’ the opposite is now true.”

“Talent Is Everywhere, Opportunity Is Scarce”

I’m not saying that these hiring techniques are necessarily best-in-class, but they are a recognition that more breadth and diversity are needed. It is especially notable that these older, more established companies are adopting hiring changes, usually the last to make changes.

The irony in this shift is that it is also a recognition that intelligence, work ethic, and innovative thinking are not a function of where you went to school or what brand-name firm you work for. But, as the oft-quoted saying goes, while talent is everywhere, opportunity is scarce.

The Netflix Pressure-Cooker: A Culture That Drives Performance

My writing explores the choices firms and leaders make and the impact of those choices. I work as a management consultant specializing in growth strategy.

Source: The New Hiring Practices At McKinsey And Goldman Sachs