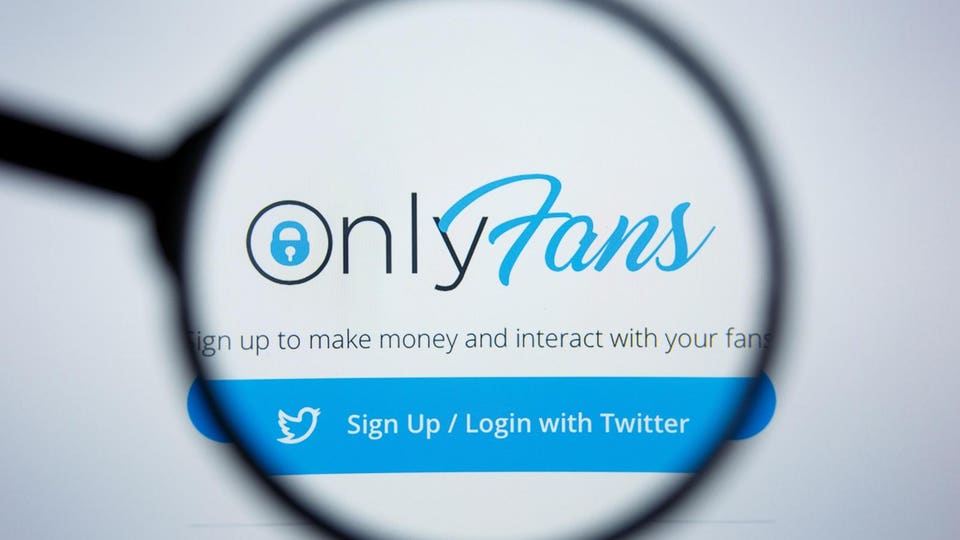 With all film production – adult or otherwise – shuttered during the pandemic and millions of lonely people stuck at home, OnlyFans’ business has boomed. In the year through November 2020, OnlyFans posted revenues of $400 million, up 540% over the prior year, 80% of which came from American customers.

The number of creators nearly quintupled to 1.6 million, including more mainstream stars like Cardi B, DJ Khaled, Fat Joe, and Rebecca Minkoff. The total number of paying fans rose more than 500% to 82 million. Profits after tax rose to $60 million from $6.6 million. Forbes estimates that Radvinsky’s stake in Fenix International – OnlyFans’ parent company — makes him a new billionaire, worth some $1.8 billion.

Outside of these eye-popping financials, which were published in the U.K., little is known about Radvinsky, who didn’t respond to repeated requests for comment. A representative for OnlyFans also declined to comment. We do know that OnlyFans was founded in 2016 by a British entrepreneur named Timothy Stokely, now 37, alongside his retired banker father, Guy Stokely, and brother Thomas. In U.K. filings, Radvinsky and Guy Stokely are listed as the company’s sole directors. Timothy, Thomas, and Guy Stokely all declined to comment for this story.

But Radvinsky was particularly aggressive. Looking through the Wayback Machine’s website archive, Forbes uncovered 11 such sites, all created in the late 1990s and early 2000s by Radvinsky and his Glenview, Illinois-based business, Cybertania. They included Password Universe, which, in 2000, published a link directing web users to a site claiming to offer pedophiles more than 10,000 “illegal pre-teen passwords.”

In that suit, Radvinsky’s company said that it was in partnership with those same sites from which it had claimed to have “hacked” logins: “Cybertania earned a sum of money for each hyperlink connection or password, used from the respective owner and operators of those referral sites,” Cybertania’s lawyers wrote. In another lawsuit against Radvinsky, the plaintiff stated that Ultra Passwords “presents the deceptive image of providing ‘hacked’ (stolen) passwords to get free services from other pornographic sites, but which is in fact a lucrative affiliate referral site.”

It was a scummy business, but it was a profitable one. In the Cybertania suit against Verisign, Radvinsky’s company said its Ultra Passwords site was bringing in revenues of $5,000 a day in 2002, or $1.8 million for the year.

Radvinsky remained elusive during the nearly 20 years between the start of his sex link farm businesses and his purchase of 75% of OnlyFans. In the early 2000s, he created a handful of sites linking to celebrity sex tapes and MyFreeCams, a site that claims to be the world’s number one porn-via-webcam service. He has also occasionally popped up in lawsuits. In 2003 and 2004, Amazon and Microsoft sued Radvinsky in U.S. district court in Seattle for alleged spam campaigns that used the Amazon name and Microsoft email tools to offer spam recipients “free money from the government” or links to adult websites. Radvinsky denied all allegations.

OnlyFans has run into its own issues with underage performers. Since the site doesn’t independently verify its sex workers’ ages, it’s fairly easy for people to lie. In late May, a BBC investigation revealed that a 14-year-old girl had been able to register an account as a performer on OnlyFans using her grandmother’s passport.

A senior police officer told the BBC that OnlyFans is “[N]ot doing enough to put in place the safeguards that prevent children exploiting the opportunity to generate money, but also for children to be exploited.” In response, OnlyFans issued a statement that it used “state-of-the-art technology” and “human monitoring” to try to prevent under-18s sharing content on the platform and it took the issue “very seriously.”

Signy Arnason, associate executive director of The Canadian Center for Child Protection, says her group often receives notifications about OnlyFans’ models potentially being underage. She describes OnlyFans’ efforts to protect underage performers as “minimal.” OnlyFans has “a moral and ethical responsibility to be doing better here,” she adds.

I’m associate editor for Forbes, covering security, surveillance and privacy. I’m also the editor of The Wiretap newsletter, which has exclusive stories on real-world surveillance and all the biggest cybersecurity stories of the week. It goes out every Monday and you can sign up here: https://www.forbes.com/newsletter/thewiretap

I’ve been breaking news and writing features on these topics for major publications since 2010. As a freelancer, I worked for The Guardian, Vice, Wired and the BBC, amongst many others.

If you want to tip me with something sensitive? Get in contact on Signal or Threema, and we can use OnionShare. It’s a great way to share documents privately. See here: https://onionshare.org/

I am a wealth reporter at Forbes, based in London covering the business of billionaires, philanthropy, investing, tax, technology and lifestyle. I studied at Goldsmiths, University of London and joined from Spear’s Magazine, where I covered everything from the Westminster bubble to world of wealth management, private banking, divorce law, alternative assets, tax, tech and succession. Notable bylines include an investigation into Switzerland’s bi-lateral bonds to the European Union, and a journey through Bhutan – testing the hunger for democracy, and the love for their King. I joined Forbes in May 2019.

OnlyFans is a content subscription service based in London, England.[3][4] Content creators can earn money from users who subscribe to their content—the “fans”. It allows content creators to receive funding directly from their fans on a monthly basis as well as one-time tips and the pay-per-view (PPV) feature.

The service is popular with and commonly associated with sex workers but it also hosts the work of other content creators, such as physical fitness experts, musicians and other creators who post regularly online.

OnlyFans was launched in 2016 as a platform for performers to provide clips and photos to followers for a monthly subscription fee. The parent company is Fenix International Limited. Two years later, Leonid Radvinsky, owner of MyFreeCams, acquired 75% ownership of Fenix and became its director.

In 2019, OnlyFans introduced an extra safeguard into the account verification process so that a creator now has to provide a selfie headshot with their ID in the image in order to prove that the ID provided belongs to the account holder. The site has over 24 million registered users and claims to have paid out US$725 million to its 450,000 content creators.

After the site was mentioned by Beyoncé in the song “Savage” in April 2020, CEO Tim Stokely claimed OnlyFans was “seeing about 200,000 new users every 24 hours and 7,000 to 8,000 new creators joining every day.” In the same line, Savage also mentioned Demon Time, a social media show, and shortly after the release of that song, OnlyFans announced a partnership with Demon Time to create a monetized virtual night club using the site’s dual-screen live feature.

In January 2020, 20-year-old American Kaylen Ward raised more than US$1 million in contributions to charity during the wild bushfires in Australia. OnlyFans teamed with her for their first partnership for a charitable cause.This started a trend with some OnlyFans creators who have been raising money through their accounts.

As of June 2021, top OnlyFans creators Jem Wolfie, an Australian fitness model, and Mia Malkova, an American pornographic actress, reportedly earn over $7 million per month in subscription income through the platform.

As pornography is allowed on OnlyFans, the website is mainly used by pornographic models, both amateur and professional, but it also has a market with chefs, fitness enthusiasts, and musicians.Users must be at least 18 years old to register, regardless of the content consumed. In March 2020, at the start of the COVID-19 pandemic, the number of OnlyFans content creators increased by 40%, and the number of users on the site increased from 7.5 million to 85 million.