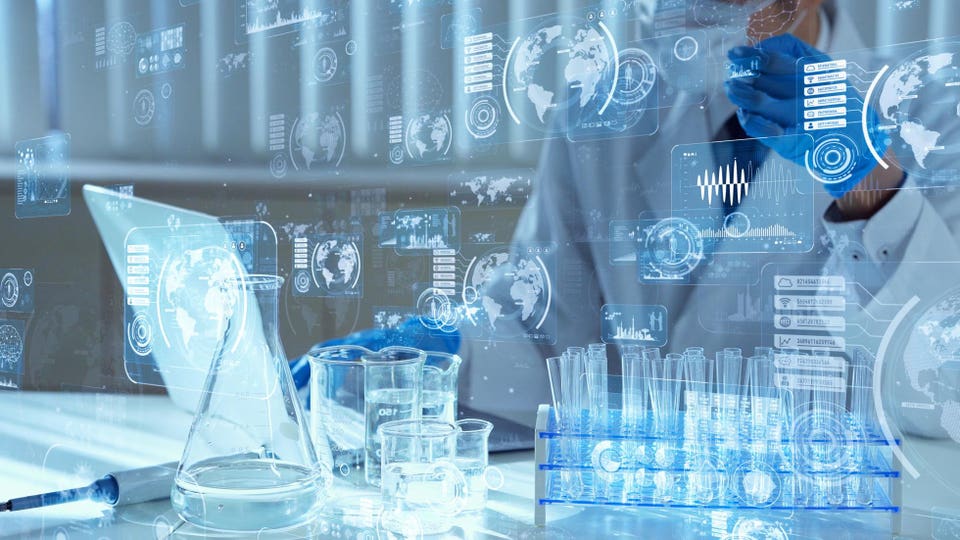 While many AI biotech companies are on journeys to discover new drug targets, Hong Kong-based Insilico Medicine is a step ahead. The startup not only scouts for new drug sites using its AI and deep learning platforms but also develops novel molecules to target them.

In February, the company announced the discovery of a new drug target for idiopathic pulmonary fibrosis, a disease in which air sacs of the lungs get scarred, leading to breathing difficulties. Using information about the site, it developed potential drug targets. The startup recently raised $255 million in series C funding, taking its total to $310 million. The round was led by private equity firm Warburg Pincus. Insilico will use the funds to start human clinical trials, initiate multiple new programs for novel and difficult targets, and further develop its AI and drug discovery capabilities.

The company has stiff competition in the industry of using AI to discover new drugs. The global AI in Drug Discovery market was valued at $230 million in 2021 and is projected to reach a market value of over $4 billion  by 2031, according to a report from Vision Gain. The area has already minted at least one billionaire, Carl Hansen of AbCellera, and others have also gained attention from investors. Flagship Pioneering-backed Valo Health announced this month it’s going public via SPAC.

Investors said that Insilico’s AI technology and partnerships with leading pharmaceuticals attracted them to the startup, despite the crowded field. “Insilico fits strongly with our strategy of investing in the best-in-class innovators in the healthcare,” said Fred Hassan of Warburg Pincus, “Artificial Intelligence and Machine Learning is a powerful tool to revolutionize the drug discovery process and bring life-changing therapies to patients faster than ever before, he added.

CEO and founder Alex Zhavoronkov got his start in computer science, but his interest in research into slowing down aging drew him to the world of biotech. He received his Masters from Johns Hopkins and then got a PhD from Moscow State University, where his research focused on using machine learning to look at the physics of molecular interactions in biological systems.

The process for finding a preclinical target for idiopathic pulmonary fibrosis highlights Insilico’s approach. The company had initially found 20 new target sites to treat fibrosis. Then it used its machine learning processes to narrow those down to a specific target which is implicated in idiopathic pulmonary fibrosis. Then using its in-house tool, Chemistry42, it generated novel molecules to target the new site. The new preclinical drug candidate was found efficacious and safe in mice studies, the company said in a press release.

“Now we have successfully linked both biology and chemistry and nominated the preclinical candidate for a novel target, with the intention of taking it into human clinical trials, which is orders of magnitude more complex and more risky problem to solve,” Zhavoronkov added in a statement.

Treatments for this condition are a dire need. Patients with idiopathic pulmonary fibrosis develop respiratory failure as their blood doesn’t receive adequate oxygen. Most patients die within two to three years of developing the condition. If the company’s drug candidate proves out during clinical trials, it would be a major step forward both for these patients and the industry as a whole.

“To my knowledge this is the first case where AI identified a novel target and designed a preclinical candidate for a very broad disease indication,” Zhavoronkov said in a statement.

I am a New York based health and science reporter and a graduate from Columbia’s School of Journalism with a master’s in science and health reporting. I write on infectious diseases, global health, gene editing tools, intersection of public health and global warming. Previously, I worked as a health reporter in Mumbai, India, with the Hindustan Times, a daily newspaper where I extensively reported on drug resistant infections such as tuberculosis, leprosy and HIV. I also reported stories on medical malpractice, latest medical innovations and public health policies.

I have a master’s in biochemistry and a bachelor’s  degree in zoology. My experience of working in a molecular and a cell biology laboratory helped me see science from researcher’s eye. In 2018 I won the EurekAlert! Fellowships for International Science Reporters. My Twitter account @aayushipratap

CEO Alex Zhavoronkov founded Insilico Medicine in 2014, as an alternative to animal testing for research and development programs in the pharmaceutical industry. By using artificial intelligence and deep-learning techniques, Insilico is able to analyze how a compound will affect cells and what drugs can be used to treat the cells in addition to possible side effects. Through its Pharma.AI division, the company provides machine learning services to different pharmaceutical, biotechnology, and skin care companies. Insilico is known for hiring mainly through hackathons such as their own MolHack online hackathon.

The company has multiple collaborations in the applications of next-generation artificial intelligence technologies such as the generative adversarial networks (GANs) and reinforcement learning to the generation of novel molecular structures with desired properties. In conjunction with Alan Aspuru-Guzik‘s group at Harvard, they have published a journal article about an improved GAN architecture for molecular generation which combines GANs, reinforcement learning, and a differentiable neural computer.

In 2017, Insilico was named one of the Top 5 AI companies by NVIDIA for its potential for social impact. Insilico has R&D resources in Belgium, Russia, and the UK and hires talent through hackathons and other local competitions. In 2017, Insilico had raised $8.26 million in funding from investors including Deep Knowledge Ventures, JHU A-Level Capital, Jim Mellon, and Juvenescence. In 2019 it raised another $37 million from Fidelity Investments, Eight Roads Ventures, Qiming Venture Partners, WuXi AppTec, Baidu, Sinovation, Lilly Asia Ventures, Pavilion Capital, BOLD Capital, and other investors.