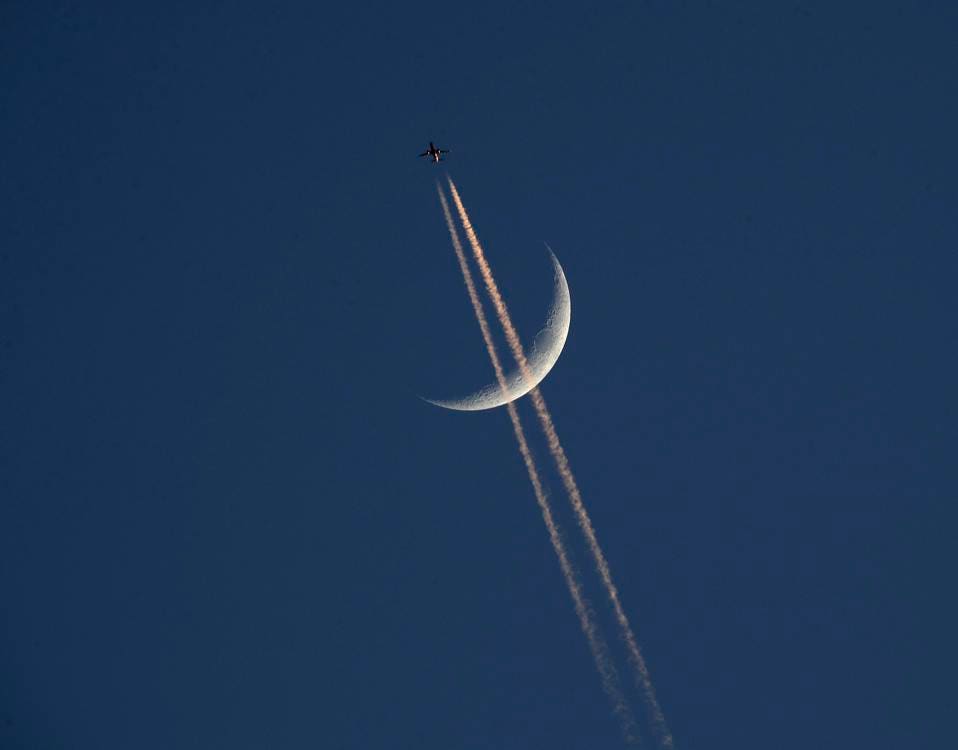 Today the Moon is not visible. It’s the moment of New Moon exactly as this post was published, the point in our satellite’s orbit when it’s roughly between the Earth and the Sun. The far side of the Moon, only, is illuminated, and it’s invisible to us. However, June’s New Moon is rather special.

For starters, it (almost) signals the end of Ramadan, the “moon-th” long fast between dawn and sunset observed by devout Muslims, which began on May 5, and the beginning of Eid al-Fitr, one of two holy days of the year for the Islamic world. However, it’s technically not until the sighting of the crescent Moon, perhaps today, Monday, June 3, 2019, at dusk, or perhaps tomorrow on Tuesday, June 4, 2019.

However, June’s New Moon also sets up something incredible; a total solar eclipse and a lunar eclipse. In fact, the next time we have a New Moon it will be sitting plum in front of the Sun. By a cosmic coincidence, the Moon is 400 times smaller than the Sun, but the Sun is about 400 times further away.

What is the ecliptic?

The ecliptic is the path the Sun takes through the sky. The Moon, whose orbit is inclined slightly, intersects that line–essentially Earth’s orbital plane–twice each month. Occasionally that means a New Moon covers the Sun exactly, or that a Full Moon drifts into the Earth’s shadow. As such, it’s normal for two or more eclipses to come in succession. That’s what’s about to happen. 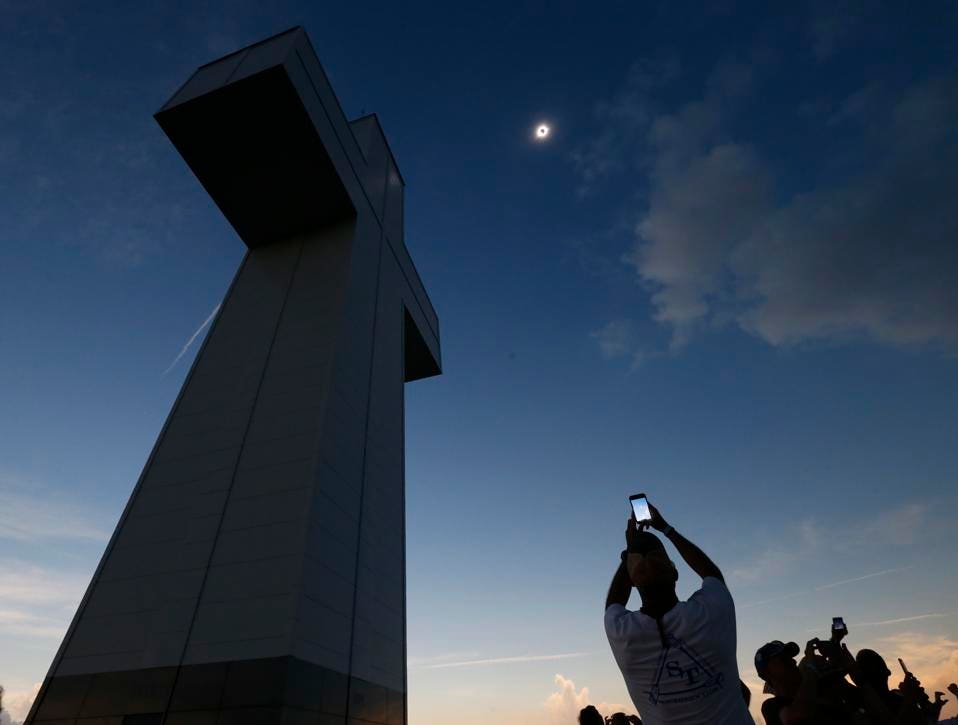 A total solar eclipse is seen above the Bald Knob Cross of Peace Monday, Aug. 21, 2017, in Alto Pass, Ill. More than 700 people visited the over 100 foot cross for the event. (AP Photo/Charles Rex Arbogast)

When is the Total Solar Eclipse?

On July 2, 2019, the New Moon will exactly fit across the Sun as seen from a narrow strip of the Earth’s surface. The path of totality is narrow, around 100km wide, and is mostly over the South Pacific. In fact, only the final few minutes of the event will be visible over land. Eclipse-chasers are heading inland from La Serena in Chile, and Bella Vista in Argentina, to witness the rare event that last happened on August 21, 2017 across the USA. 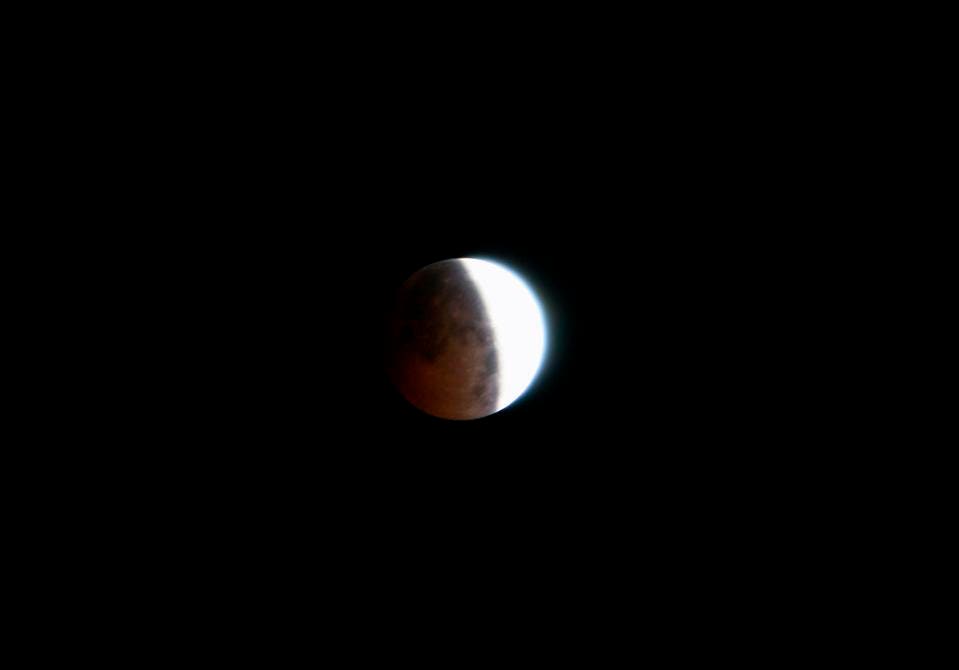 When is the ‘Half-Blood Thunder Moon’ Partial Lunar Eclipse?

On July 16, 2019, a Full “Thunder” Moon will drift into the Earth’s outer shadow. It won’t enter the central shadow, so the Moon won’t go completely “blood red,” but about 65% of it will turn rosy. It will be visible from South America, Europe, Africa, Asia, and Australia, but not North America. This “Half-Blood Thunder Moon Eclipse” promises to be a special event, especially in London, where a “smiley face” half-red moon will rise in the east.

Source: Today’s New Moon May End Ramadan And Sets Up Eclipse Of The Sun And ‘Half-Blood Thunder Moon Eclipse’