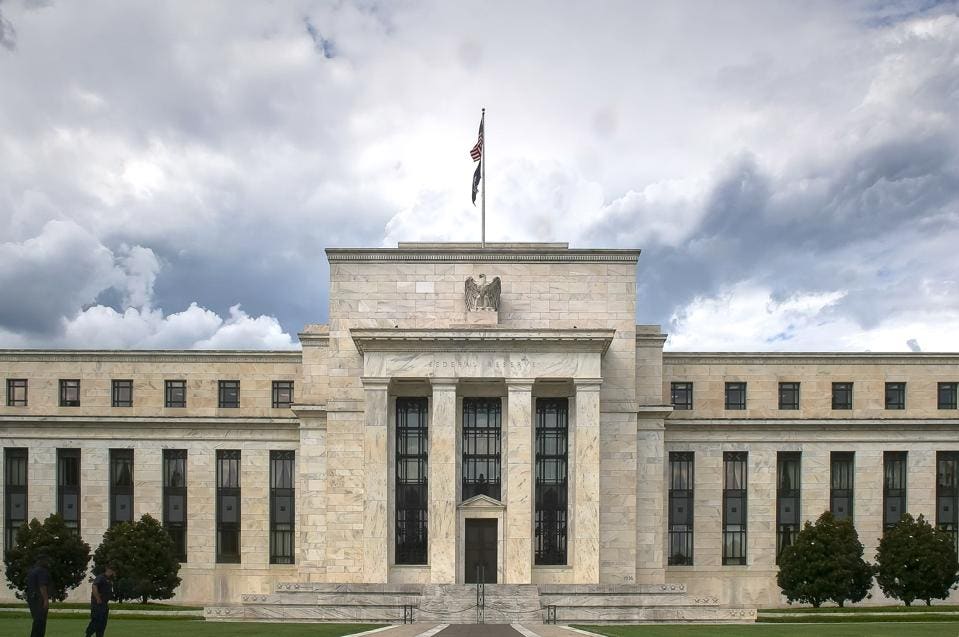 Storm clouds behind the exterior of the Federal Reserve building in Washington, DC

In a disappointing decision, the Federal Reserve Board announced yesterday that effective this year, it will limit its use of the “qualitative objection” in Dodd-Frank’s Comprehensive Capital Analysis and Review (CCAR). Under Dodd-Frank’s Title I, banks that are designated as systemically important are required banks to design a model using stress scenarios from the Federal Reserve. In order to pass the stress test, banks need to demonstrate that they would be able to meet Basel III capital and leverage requirements even in a period of stress.  It is in the qualitative portion of CCAR, that the Federal Reserve can identify and communicate to the market if a bank is having problems with its internal controls, model risk management, information technology, risk data aggregation, and whether a bank has the ability to identify, measure, control, and monitor credit, market, liquidity and operational risks even during periods of stress.  Easing this requirement, in combination with all the changes to Dodd-Frank that have been taking place since last year, is dangerous to investors, not to mention taxpayers, especially so late in the credit cycle.

Parts of the test that each firm is subject to this year in addition to the hypothetical scenario.

*All firms subject to the qualitative objection, except TD Group, will have their fourth year in the 2020 cycle. TD Group’s fourth year will be the 2019 cycle.

“It is absolutely reckless of the Fed to relinquish its regulatory authority in such a manner, rather than retain the option of qualitative oversight, which has turned up red flags in the past,” said Nomi Prins former international investment banker. “We are after all, talking about what the banks deem a reporting burden versus necessary oversight that could detect signs of a coming credit or other form of banking related crisis from a capital or internal risk management perspective. Why take that risk on behalf of the rest of our country or the world?”

In writing about the Federal Reserve’s decision, the Wall Street Journal wrote that “Regulators dialed back a practice of publicly shaming the nation’s biggest banks through “stress test” exams, taking one of the biggest steps yet to ease scrutiny put in place after the 2008 crisis.” It is not public shaming. It is called regulators doing their job, that is, providing transparency to markets about what challenges banks may be having. Without transparency, the bank share and bond investors cannot discipline banks.

Just last month, the Federal Reserve Board announced that it would be “providing relief to less-complex firms from stress testing requirements and CCAR by effectively moving the firms to an extended stress test cycle for this year. The relief applies to firms generally with total consolidated assets between $100 billion and $250 billion.”

Investors in bank bonds, especially, should be concerned about recent easing of bank regulations. Immediately after the Federal Reserve decision was announced yesterday, Christopher Wolfe, Head of North American Banks and Managing Director at Fitch Ratings stated that “Taken together, these regulatory announcements raising the bar for systemic risk designation and relaxed standard for qualitative objection on the CCAR stress test reinforce our view that the regulatory environment is easing, which is a negative for bank creditors.”  Fitch Rating analysts have written several reports about the easing bank regulatory environment being credit negative for investors in bank bonds and to  counterparties of banks in a wide array of financial transactions.

Also, a month ago, the Federal Reserve announced that it will give more information to banks about how it uses banks’ data in its model to determine whether banks are adequately capitalized in a period of stress.  In commenting on the Federal Recent decisions, Better Markets President and CEO Dennis Kelleher stated that “Stress tests and their fulsome disclosure have been one of the key mechanisms used to restore trust in those banks and regulators.  By providing more transparency to the banks in response to their complaints while reducing the transparency to the public risks snatching defeat from the jaws of victory in the Fed’s stress test regime.”

Gregg Gelznis, Policy Analyst at the Center for American Progress also expressed his concern about the Federal Reserve’s recent changes to the CCAR stress tests.  “While Federal Reserve Chairman Jay Powell and Vice Chairman for Supervision Randal Quarles have spoken at length about the need for increased stress testing transparency, this transparency only cuts in one direction.” He elaborated that the Federal Reserve’s decision “benefits Wall Street at the expense of the public. The Fed has advanced rules that would provide banks with more information on the stress testing scenarios and models. At the same time, they have now made the stress testing regime less transparent for the public by removing the qualitative objection—instead evaluating capital planning controls and risk management privately in the supervisory process.”