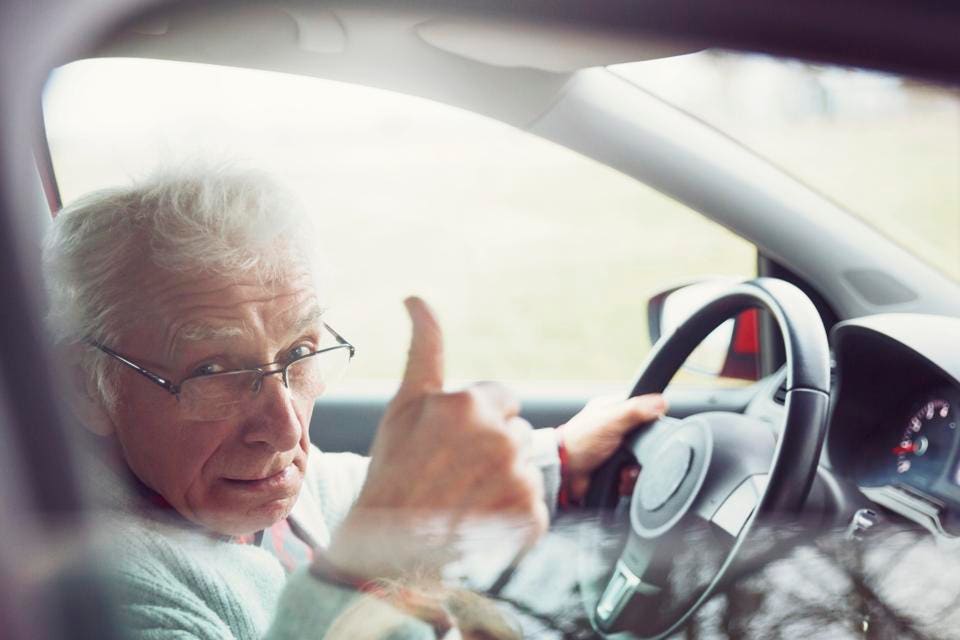 My Uber driver and I struck up a conversation about the Orlando traffic and weather. The chatter soon drifted into stories about his experiences living and driving in Florida. I soon learned my driver’s name was Bob.

Raising his voice, and turning to get a look at my face in his rearview mirror, Bob asked me, “How old do you think I am?”

I am always nervous to make such a guess — uttering a number either too old, or too young, can chill the air.

Bob’s voice trailed off, as he gently turned the wheel steering his Camry off the highway into the driveway of my hotel. At a volume almost too low to be heard, he muttered, “I had no idea it would be so long.”

Bob’s eyes darted to the rearview mirror again staring back at me. He replied flatly. “Retirement.”

Bob and millions of others are experiencing the new retirement. Yes, there have always been older people, and millions have retired before us, but retirement today is different.

There are many factors that can describe how life in retirement has changed. But, perhaps the biggest difference is time.

Social Security was enacted in 1935. More than an entitlement program, Social Security culturally framed how we think about retirement — particularly when to retire. While the ‘when’ of retirement, 65 years old, was simply a product of legislative negotiation, the number is now engraved into our social consciousness with nearly the same indisputable truth as Newton’s law of gravity. In the 1930s retirement was a story about a brief period of life that offered much needed rest from a life of work. As I observe in my book, The Longevity Economy, shortly after World War II, with the advent of pensions, social security, and modestly longer life, the retirement story framed older age as a short time filled with well earned relaxation, leisure, and family.

But, as my 81-year old driver keenly observed, retirement is very likely to be longer than planned and include more than simply play and rest. According to the Social Security Administration, an American male at 65 years old is likely to live an average of another 20 years. Likewise, an American woman, on average, is likely to live approximately another nearly 22 years.

Numbers alone, such as the cold clarity of 20 years, rarely provide insight. Instead, stories that explain what the numbers may mean can give context and inspiration to comprehensive retirement planning. So how might the 20-plus years in retirement be imagined?

The point is retirement is not a brief period of life after full-time work. Rather, retirement is equal to one-third of your adult life.

Moreover, life in retirement is equal to other major life stages that benefitted from countless people, institutions, media, advertising, social norms, and more that guided how you lived in, and moved from, one phase of life to another. And, during each of those 8,000-day periods there were many transitions as well as planned and unplanned events that punctuated life.

Unlike other life stages, there are far fewer guideposts to help navigate the later one-third of adult life. Images of golf courses, bike trails, cafés, beaches and other trite imagery often found in retirement brochures may provide dreams and inspiration to some, but 8,000 days sitting at a café is not realistic for most. And not even desirable for many. Why should we assume that retirement, another 8,000 days of adult life, should be somehow more predictable, or any less filled with transitions, celebrations, and revelations, than any other life stage?

Viewing retirement as a full, long 8,000 days stimulates the imagination and raises many questions about later life.

There is the seemingly singular retirement planning question that becomes even more critical when realizing that there is the real possibility that our lifespan could out live our wealth span. How much money will be needed, not for a brief time, but for a much longer time than most of us imagine?

Then there are the less obvious considerations that are not typically part of our retirement planning story. Here are just a few.

What will we do with all that time – work part-time, play, travel, learn something new, remarry, volunteer, provide care? Have we made the plans, and established the connections, and formed the relationships necessary to engage in those activities before punching-the-clock one last time and entering into retirement?

Where will we live? In the previous 8,000 day periods of life we may have moved at least one or more times. Why shouldn’t we assume that we might move once, twice or more in older age as our preferences, health, and perhaps finances demand?

Retirement planning for most has been about numbers – savings and the amount of money necessary to ensure financial security through the years – certainly not incorrect, but woefully incomplete. Reframing retirement for what it is, one-third of adult life forces us to realize that there are far more opportunities, and challenges, than our current story of retirement planning includes.

Source: Why 8,000 Is The Most Important Number For Your Retirement Plan