When Danielle Wuchenich hatched the idea for measurement startup Liquid Instruments, she was not chasing worldly success but a faster process for discovering the secrets of space. Her solution—a tool which jams 12 different electrical signal and frequency instruments into a single device—ended up being useful on Earth, with Apple, NASA and Texas Instruments employing the tool to ensure that the electronics they’re developing work.

Now Liquid Instruments’ chief strategy officer, Wuchenich was a graduate student at Australian National University, working on creating a tool called a phasemeter to measure gravitational waves in space, something only of use to high-level researchers. But in conducting the routine electrical measurements required for her research, she encountered a problem:

Every time she wanted to measure voltage over time, signal frequency or signal transmission, Wuchenich had to rely on separate devices with separate software and user interfaces, each with hefty price tags. To avoid this headache, Wuchenich programmed the high-tech phasemeter to do multiple kinds of measurements. In so doing, Wuchenich landed on a universally viable application for an otherwise esoteric product.

Over three years, a twelve-person founding team—consisting of Wuchenich, her lab mates and principal investigator CEO Daniel Shaddock—turned prototype into product. Liquid Instruments began selling its device, dubbed Moku:Lab, in 2017, an 8-inch tool the company argues is not only more efficient than the competition, but cheaper. Moku:Lab costs $6,500, whereas all the tools the device replaces cost up to $60,000, the company estimates. Shaddock says the product has the potential to fundamentally change the test and measurement industry.

“In the old days you had a typewriter for writing letters and a calculator for calculating. And they did the job pretty well. Then along came the computer, and it can write letters, it can calculate things, but it can do a whole lot more,” says Shaddock. “We’ve stumbled upon the formula for the computer for the test and measurement industry.”

So far, investors and scientists are buying it. The startup has raised $10.1 million from Anzu Partners, ANU Connect Ventures and Australian Capital Ventures Limited at a valuation of $33.7 million, with its 2018 revenue coming to around $750,000, according to Wuchenich. And Liquid boasts some big-name customers, including NASA, Texas Instruments, Apple and Nvidia.

Also, Liquid Instruments will need to prove it offers comparable precision to its rivals. J. Max Cortner, president of the Instrument & Measurement Society, says while Liquid Instruments offers a unique product, its specs are in mainstream ranges, which may not be good enough for its customer base of highly trained researchers. “That’s going to be their dividing line, their frontier. How do they expand this easy-to-use concept into the physical extremes?” Cortner says.

Wuchenich is hoping Moku:Lab’s ready-to-use software and a specialized computer chip called FPGA will separate it from the competition. She notes whatever Liquid Instruments loses on precision, it more than compensates with its low price point. “Bottom line—customers don’t want/can’t afford to overpay for specs they don’t need,” she wrote in an email.

It’ll be an uphill battle for a small startup like Liquid Instruments to compete with behemoths whose customers have been loyal for decades. But for Colonel Brian Neff, who heads the department of electrical engineering at the U.S. Air Force Academy and uses Moku:Lab to train his students, Liquid Instruments is a formidable challenger.

“There are advantages to this new way of thinking that I’d love to see some of the other players adopt, and if they don’t adopt, then I think it’s that’s just more promising for a company like Liquid Instruments to be able to come in and innovate a solution that hasn’t really been done to this point,” Neff says.

I cover billionaires and venture capital for Forbes. I’ve covered startups and debates in the business world for Inc. and breaking news for The Associated Press, WBUR and Metro Boston. I recently graduated from Tufts University, where I served as editor-in-chief of The Tufts Daily.

Source: Why NASA And Apple Are Using This Startup To Test Their Electronics More Efficiently

Sabine Hossenfelder
50.8K subscribers
In 2017, a Nobelprize was awarded for the direct detection of gravitational waves, as predicted by Einstein’s theory of General Relativity. But really we are still no sure that the events are indeed of astrophysical origin and not misidentified noise that originates on Earth. In this video I tell you what gravitational waves are, how to measurement (directly and indirectly), what the problem is with the existing direct detection, what’s the matter with LIGO’s Nobelprize winning figure, and what’s with the glitches. References: * Better climate predictions https://www.nytimes.com/2019/06/12/op… https://www.extremeearth.eu/ * Articles I have written recently about LIGO In English http://backreaction.blogspot.com/2019… In German https://www.heise.de/newsticker/meldu… * How can LIGO detect signals? https://arxiv.org/abs/gr-qc/0702079 https://arxiv.org/abs/gr-qc/0511083 * Plot was made by eye quotes: https://www.newscientist.com/article/… * List of LIGO/Virgo run 3 alerts and retractions https://gracedb.ligo.org/superevents/… 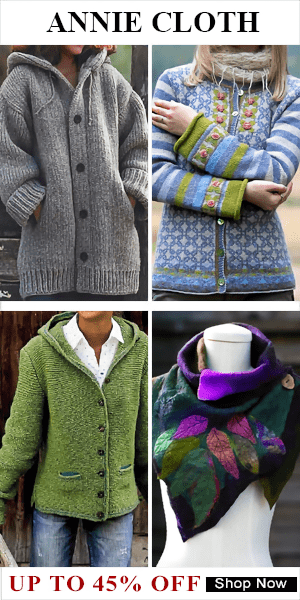